I thank Abraham Socher for his thoughtful review of God Is in the Crowd. In diagnosing the challenges facing 21st-century Judaism, we generally agree. Socher takes strong exception, however, to the book’s prescriptive sections. I find most of his objections reasonable and will not dispute them directly, but I will address them through two observations that readers have shared with me.

Socher asked, “How exactly does one teach one’s children ‘constantly evolving Crowd Wisdom’ and why?”

Many of my conversations about God Is in the Crowd have been with Jewish grandparents, some of whom share a version of the following story: “I am a non-Orthodox American Jew, yet all of my grandchildren are Jewish. My family belongs to the small minority that has eluded the trends in the 2013 Pew Survey, which you cite, for two successive generations. My spouse was not born Jewish but converted before we married. Had I married somebody who was born Jewish, I am not sure we would belong to that minority.”

My wife and I were both born to two Jewish parents. We did not have to decide whether we would be Jewish in marriage or to explain why it mattered. We did not discuss whether we would raise our children Jewishly or what that might mean. In this sense, we are probably typical among non-Orthodox Jewish couples—in the United States and Israel. But the convert and his or her spouse are forced to grapple with these questions of Jewish identity, the most important of which, “Why should I be Jewish?” features centrally in God Is in the Crowd.

I have not seen intermarriage statistics for the children of converts and would be cautious about drawing any conclusions from these anecdotes, but they do raise an interesting question: Is there value, for purposes of Jewish continuity, in an exercise that forces us to question Jewish identity, even if our answers can never be centrally adjudicated? If so, would Judaism benefit from some sort of confirmation event for Jewish adults, a kind of second bar mitzvah that encourages a more deliberate Judaism?

Whatever the answers formulated by couples contemplating conversion and marriage (and I imagine a broad diversity of solutions, some more “correct” than others, depending on who is judging), it appears as though the questions themselves might be strengthening the identity of this subset of the Jewish community. I will save my answers for a different discussion but share one thought: Whether there is “teaching” or “crowd wisdom” going on here, it appears to me that some valuable cognition is being transmitted successfully across generations and that the wisdom behind it has no individual author.

Socher also said, “The problem with this [crowd wisdom] is . . . the premise that if we just had good enough data on what most Jews think Judaism should be, to the extent that they have thought about it at all, then that’s what it should be.”

A middle-aged man (I will call him Jonathan) shared his personal story with me after a book talk. Jonathan had grown up in an old Boston family, at the heart of the white Anglo-Saxon protestant establishment I had come to know well at Exeter. He described himself as a spiritual seeker who began studying Judaism as a bachelor in his early twenties, under the tutelage of a Sephardi rabbi. His studies culminated in an Orthodox conversion. Jonathan has led a very deliberate Jewish life ever since. He keeps the Sabbath and keeps kosher. He eventually married a Jewish woman who herself became more observant through their marriage. Their children study in a Hebrew day school.

The rest of Jonathan’s story elegantly frames the question of who, exactly, should have the authority to define Judaism and Jewishness. “Every few years,” Jonathan continued, “a well-intentioned Jewish friend offers to introduce me to a rabbi who can perform a ‘better’ conversion for me. I have always respectfully declined this offer out of concern that accepting probationary status as a Jew, even once, will condemn me to perpetual purgatory. In the absence of a universal standard of Jewishness, there will always be a ‘better’ rabbi and a ‘better’ conversion.”

God Is in the Crowd embraces the prospect of a universal definition of Jewishness as a precondition for sustaining the relevance of Judaism in a networked world but challenges the mechanism that comes closest to providing that definition today. I asked Jonathan a question straight out of the book: “If you were to seek citizenship in Israel under the law of return, would you be eligible? Would your conversion be recognized by Israel’s Chief Rabbinate?”

“It’s funny,” Jonathan said. “I am very involved in Israel, and my family visits frequently, but we are happy with our lives in the United States. The question of eligibility is not practical at this point, but it is not entirely academic either. In fact, it is important enough that I have avoided having it answered definitively. Judaism is central to my identity. I have been Jewish for more than half of my life. I believe I am more committed than most born Jews. I am raising committed Jewish children. Israel’s Chief Rabbinate is the closest thing there is to a global hechsher (imprimatur) of that identity. While rejection by my friends’ local rabbis means little to me, I would not be able to ignore the Rabbinate’s ruling.”

Judaism has not experienced global leadership—a pope, so to speak—for two thousand years. Imagine you were a rabbi in 18th-century Frankfurt, officiating over a conversion, and I was your contemporary, a rabbi in Casablanca. I would not have opined on the validity of your conversion. I would probably not even have known it transpired. My definition of Judaism and standards for Jewishness might have been different from yours, but that difference had little bearing in practice. Within a few generations, the Frankfurt conversion was forgotten; the convert’s descendants full members of the Jewish community.

Definitions of “Judaism” and “Jewishness” have evolved. The defining process itself has evolved. The mechanism currently in place features two men in Jerusalem, vested with power initially granted by a non-Jewish authority (the British high commissioner for Palestine) to define what and who is Jewish. The fact that there is a universal definition that carries moral, and even legal, significance for Jews everywhere provides an important governance tool for 21st-century Judaism, but the defining mechanism itself is fracturing Judaism. Our unprecedented agency affords us the opportunity to redesign that mechanism. It is probably best to let the book describe my proposal and explain precisely how crowd wisdom might apply to Jewish governance, but I should note that crowd wisdom is not the same as democracy. Nor is it just a collection of “data on what most Jews think Judaism should be.” Whether they embrace my proposal or not, I encourage readers to wrestle with the following assertions:

You will notice that both of my anecdotes deal with conversion. While neither God Is in the Crowd nor Socher’s review focus on conversion, some of the strongest reactions to the book have come from converted Jews. Their approach to Judaism is, by necessity, thoughtful and deliberate. Socher cites Albert O. Hirschman’s framework of “exit or voice” as the options confronting disenchanted members of a group that exists by virtue of those members’ loyalty. Coming from those who not only declined to exit but actually entered, the convert’s voice merits our attention.

The generations of Jews alive today bear a privilege and a responsibility unique in Jewish history—to serve as conscious custodians of Judaism globally. I do not believe the challenges that Abraham Socher and I both identify will resolve themselves. We must put forward our own solutions if we believe in Judaism’s value to Jews and the world. None of these solutions will be perfect, but an imperfect plan is better than no plan. I urge readers to wrestle with the plan in God Is in the Crowd, as Socher does. We may not agree on all the answers, but, to paraphrase Rabbi Lord Jonathan Sacks, we will agree on most of the questions, and I believe we will find value in the diversity of our answers.

Abraham Socher’s original review of God Is in the Crowd can be found here. 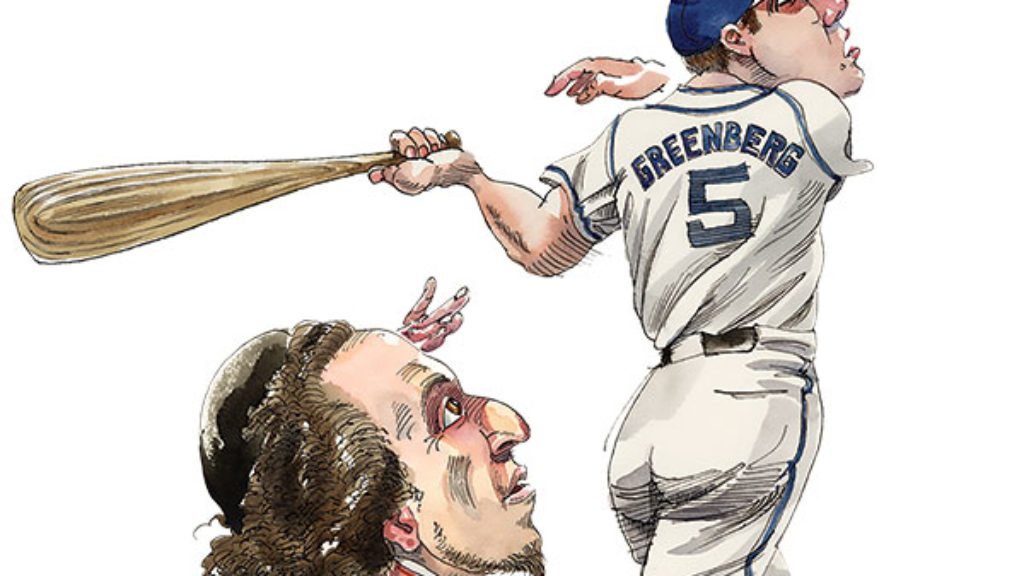 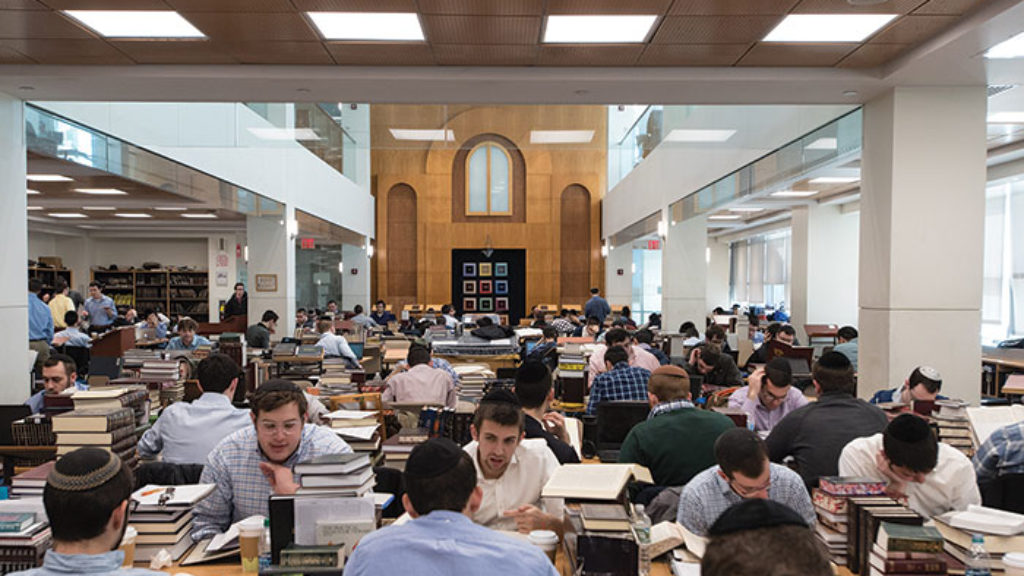 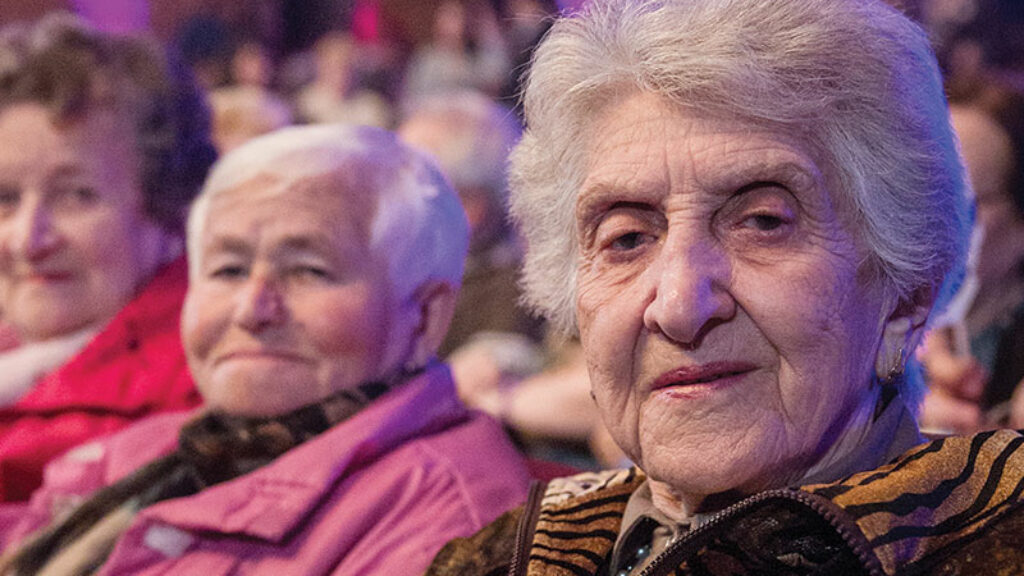 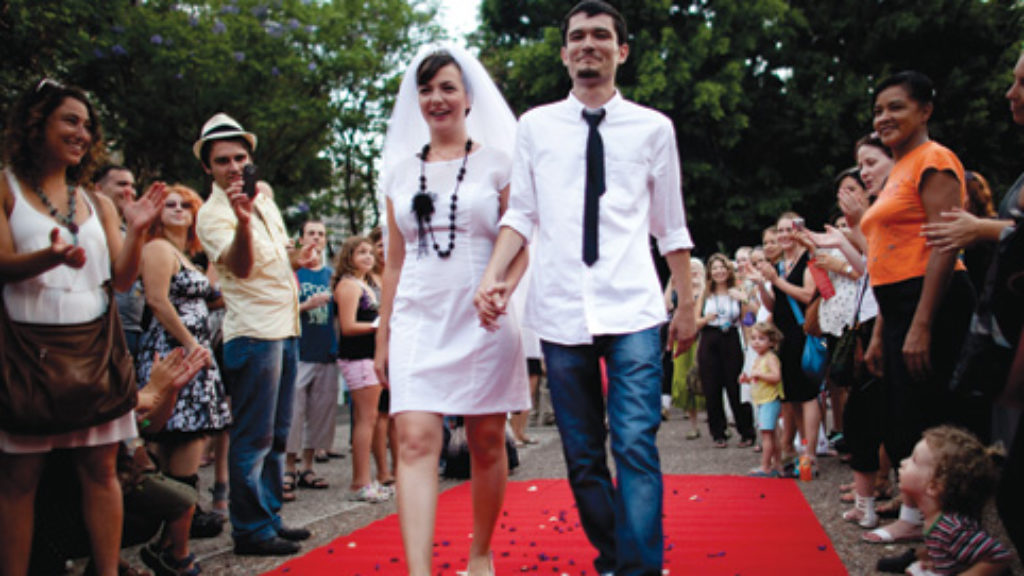