I’m grateful to the Jewish Review of Books for publishing an exchange between leading constitutional scholars Michael A. Helfand and Noah Feldman (Spring 2022) over the implications of the landmark Carson v. Makin case. In the end, the Supreme Court handed down a decision that, as Helfand had hoped, upholds religious liberty and rejects religious discrimination. I was disappointed, however, to see the usually careful Feldman make a series of material errors, mischaracterizing not only the question before the court but also the facts of the case and the historical record. Feldman writes that the real issue before the court was:

Should the United States keep the separation of church and state that has endured in the country since its founding? Or should we abandon that tradition in favor of a system in which the state funds parochial religious education, as is normal in countries with established state religions?

Feldman incorrectly assumes that the public funding of religious schools is something new and unprecedented. “States like Maine,” he writes, “have never funded sectarian education.” In fact, the very town tuitioning program that was at issue in the Carson case funded parochial education for more than a century, from its inception in 1873 until Maine lawmakers amended it to exclude religious schools in 1983. A similar program in Vermont funded parochial schools from 1869 until 1961. Likewise, in the late eighteenth century, New York publicly subsidized a wide variety of sectarian schools via the sale of public lands, and later through city and state aid to the Free School Society.

Moreover, whether or not school choice policies may fund religious education has been a settled question since Zelman v. Simmons-Harris two decades ago. At issue in Carson was the question of whether a state may exclude otherwise eligible religious schools from participating in school choice programs if the schools engage in religious activity. The Supreme Court recently held in Espinoza v. Montana Department of Revenue that a state “need not subsidize private education,” but once it does so, “it cannot disqualify some private schools solely because they are religious.” Espinoza made clear that a school could not be excluded on the basis of its religious status but sidestepped the question of whether it could be excluded on the basis of its religious activities. In Carson, the court ruled that it could not.

Feldman concludes by speculating that a nation in which more students attend religious schools would be bad for the Jews, as it “seems unlikely to promote national unity in a time of intense polarization.” However, the research literature finds that school choice policies lead to higher levels of political tolerance. One study even found that private schooling is associated with lower levels of anti-semitism—particularly among graduates of Christian schools. What’s good for the Jews—and all Americans—is an education system that respects and reflects America’s core values of religious liberty and pluralism.

I would urge Mr. Bedrick to read my Divided by God for a full account of the national and local processes that led to prohibitions on the funding of “sectarian” (i.e., Catholic) schools in the nineteenth century. The major national figure was, as it happens, James G. Blaine, Republican of Maine.

New York has a complex nineteenth- and twentieth-century history involving brief experiments in funding Catholic education, of which Mr. Bedrick is apparently unaware. I am willing to imagine that Mr. Bedrick truly wants to believe that more state-funded Christian religious schools will make us a more tolerant country, but I will leave it to readers to reach their own conclusions in light of the long, sad, and continuing history of antisemitism around the globe.

In her fascinating discussion of the Apocrypha (“Inside-Out,” Summer 2022), Malka Z. Simkovich writes that “all we know is that Baruch did not make it onto rabbinic lists of scriptural books that were recorded a few hundred years after it was written.” However, the book of Baruch did make it back into rabbinic tradition some two thousand years later— in a footnote.

In a Lehrhaus article (“Praying for Governments We Dislike?”), Jonathan D. Sarna quotes a Russian siddur from the late-tsarist era’s justification for praying for the welfare of the antisemitic Tzar Nicholas and the royal family:

A microscopic footnote . . . explains that, according to the apocryphal book of Baruch (1:11), Jews are enjoined to pray even for the life of King Nebuchadnezzar. Through this tacit aside—so oblique that it eluded the watchful censor’s pen—the siddur covertly linked the Tsar to the most despised of diaspora monarchs, even as it overtly celebrated his name in large black letters.

Mark Glanville (“Confirmed as Drowned,” Summer 2022) has written a laudatory review of Iossif Ventouras’s beautiful poem cycles “Kyklonia” and “Tanais,” which I had the honor of publishing in a first bilingual edition. Mr. Glanville is, of course, free to disagree with my handling of the Greek text and its several English versions. He is also free to publish his misconstructions of my editorial “meddling.” He is not free to impugn my integrity as an editor or to project his personal and unfounded conjectures into my author relations.

Mr. Ventouras’s knowledge of literary and spoken English is excellent. My editorial review of the various English versions—including Professor Arseniou’s—of the poems was done at the poet’s express request. Any and all departures from Professor Arseniou’s and other versions presented to me were discussed exhaustively and at great length between Mr. Ventouras and me, along with the original Greek. Mr. Ventouras was not “led astray.” Nothing was done without his (or my) full understanding and approval.

Another point, minor perhaps, but in context, rather large: in the introduction to his review, Mr. Glanville writes, “The Tanais was torpedoed by the British submarine Vivid, killing all but a handful of passengers.” This is incorrect. According to historian Constantin E. Mamalakis’s article, “Crete during the Second World War,” reprinted at the back of Tanais, “A few members of the crew were rescued by the escort vessels. There were no survivors among the prisoners.” Crew is crew, and prisoners are prisoners. Neither can be fairly described as passengers. If the point can be argued that prisoners are passengers, no passengers survived.

Though I was not, of course, party to conversations between Mr. Gimpel and Iossif Ventouras (and accept his version of events), I had a lengthy discussion of my own with Mr. Ventouras and assure Mr. Gimpel and readers that my assertions were neither unfounded nor conjectural. If anything, Mr. Gimpel’s letter reinforces rather than undermines my contention that Mr. Ventouras was “led astray.” As to the sinking of the Tanais, I checked a number of sources. In one (German) source, fourteen prisoners survived; in another, thirty-seven Germans and fourteen “foreigners” survived.

Again, I am very grateful to Mr. Gimpel for bringing Mr. Ventouras’s wonderful poetry to the attention of myself and others. I do hope the website for Red Heifer Press, down for some time, will soon be up and running again, as there currently seems to be no way of obtaining copies of this important Holocaust poetry.

Jews and the Ukrainian Question

Marci Shore’s essay “Jews and the Ukrainian Question” (Summer 2022) was extraordinary both as a piece of writing and for the news it brought about real, unapologetic Jews, from secularists to Chabadniks, who are now Ukrainian patriots. I applaud them and Professor Shore, but I am more troubled than either appear to be about their self-description as “Zhidobandera.” I like to think that I have a “cultivated fondness for the ironies of history,” but, as Shore notes, Bandera and many of his followers were as murderous as the Nazis.

Joseph Skibell, like any good historical novelist, is a dybbuk—he animates the dead. 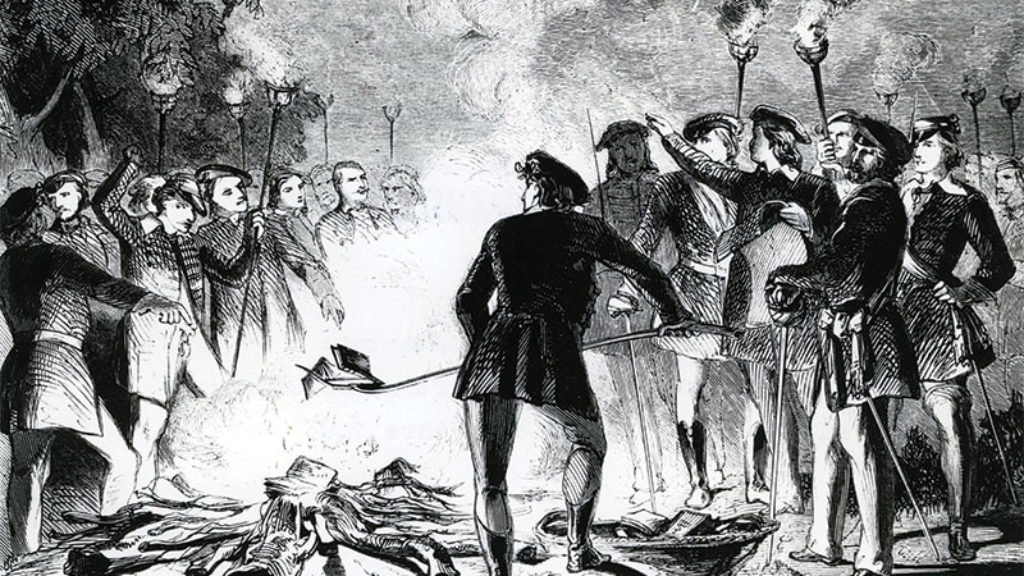 “Where They Have Burned Books, They Will End Up Burning People”

The surprising source for Heine’s prophetic remark that “where they have burned books, they will end up burning people” is a play about the fate of Muslims in Christian Spain. 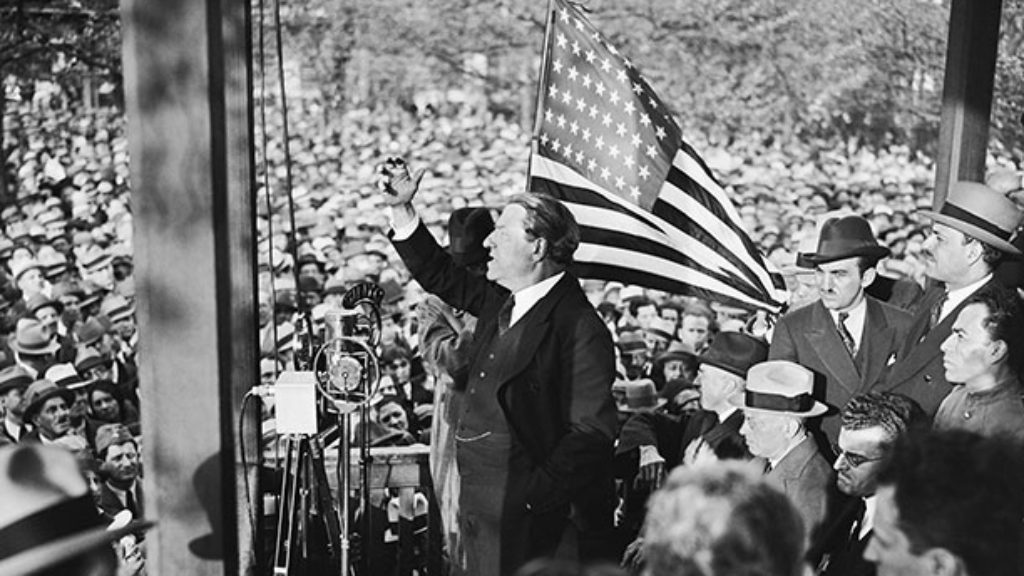 In the summer of 1944 support for Zionism was transformed from a low-risk political gesture to a bona fide election issue. FDR was not pleased.