In 1978, a young graduate student traveling in India named Daniel Matt wrote to Gershom Scholem, the 80-year-old Professor of Jewish Mysticism at the Hebrew University of Jerusalem. The letter discussed his experiences, his ambitious plans to translate the central text of Jewish mysticism, the Zohar, and, most of all, about Bob Dylan, who he hoped Scholem might appreciate.

I’m also sending you Bob Dylan Approximately, whose author believes that Dylan draws on Kabbalistic sources consciously or unconsciously (whatever that means). The thesis does not hold water … Be that as it may, the book is still interesting as a collage, and will give you a hippie’s perspective on Robert Zimmerman (Dylan’s real name).

Your detailed account of your travels in the East and your experiences there with several friends and gurus I read with great interest … Who was or is Robert Zimmerman, called Bob Dylan? … Please let me know if he is a Jew. The Zimmermans divide 50% into Jews and goyim … My receptivity to music is, alas, nothing, therefore I forego the pleasure of listening to “Blonde on Blonde” or even the more seducing “Desire.” The title “Highway 61” arouses no desire in me. Maybe I am too old for it.

“Who was or is Robert Zimmerman, called Bob Dylan?” Is he a Jew? Good questions! Almost from the beginning of his career Bob Dylan né Zimmerman has had an odd, intense, divisive, often mysterious, relationship with Jews and Judaism. For some Jews (and Christians too) he has become a virtually messianic figure. In his new book, Bob Dylan: Prophet, Mystic, Poet, Seth Rogovoy portrays him as a kind of biblical prophet on the order of Isaiah or Jeremiah.

I’m not exaggerating the cult-like devotion of those whom I’ve come to call “the Bobolators” (after Shakespeare’s “Bardolators”). Although there are many brilliant commentators who are able to separate the wheat from the chaff, there are others for whom there is no chaff, those for whom his every word and line in every lyric, no matter how casual or trivial, seems to be a burning bush of signification that speaks with numinous authority in a blaze of encrypted poetry.

He was the chosen one for the secular Jewish folkies who saw him as able to bring the messianic, if not Marxist, social gospel to the gentiles in his protest songs. While some kvetched about his name change, realistically “Zimmerman” wouldn’t have served the Woody Guthrie persona he crafted. And the Woody Guthrie act worked. It worked so well that this middle-class Jewish boy from Hibbing, Minnesota, passed as a kind of Okie hobo. Of course, talent played a part: Dylan’s “Song to Woody,” really the first sign he was capable of conjuring up transcendent beauty, decisively signaled his difference from all of the other Greenwich Village faux Okies.

That is, until he got tired of that act and caught fire with electric rock and roll, leading to cries of betrayal and “Judas!” That famous cry of “Judas!” was heard as Dylan launched into an electric guitar set in his 1966 Royal Albert Hall concert (now available as Live 1966 and arguably the best of the live Dylan albums). And when you think about it, it was an accusation that he was being Judas to his own Jesus.

He was wickedly good at electric rock and roll and there was a period when he was writing unconsciously great songs, with an alchemy of cynicism, nihilism, psychedelicism, and absurdist black humor: The flash and filigree of “Highway 61 Revisited”; the “thin wild mercury” sound (as Dylan once described it) of Blonde on Blonde. I still believe this was his moment of greatest transcendence culminating in the pure masterpiece, Blood on the Tracks. In those first two albums, especially, one could place Dylan in a secular Jewish cultural/historical context: the largely Jewish “black humor” movement whose genesis lay in the absurd horror of the Holocaust, from Lenny Bruce to Joseph Heller and Norman Mailer to Philip Roth.

But, as Matt wrote to Scholem, some Jews have always wanted to claim him for more traditional Jewish piety, and Rogovoy is the latest. It should be said that those who labor in the vineyards of Dylanology (and I’m now working on my own take on him) owe Rogovoy a great debt for persuasively tracking so many Dylan words, lines, and allusions to Biblical sources we might not have noticed. But should we therefore expect Dylan to behave himself as a specifically Jewish artist?

Rogovoy tries to make the case that the most important thing about Dylan is his Jewishness. Even when Dylan converted to Christianity, Rogovoy assures us, he—and his songs—were still really Jewish. And for a time—after the explicitly Christian period of the late seventies and early eighties passed—when Dylan was seen on Chabad Lubavitcher telethons and then, more privately at Chabad services all over the map, it seemed like Dylan had finally found his home in the messianic Hasidic sect.

But then, somewhat to Rogovoy’s misfortune, just as this book proclaiming Dylan’s essential Jewishness was about to be published, Dylan’s label made an announcement that even those like myself, no longer easily shocked by Dylan’s choices, found shocking. Rogovoy’s Jewish “prophet, mystic, poet” was going to release a “traditional” Christmas album, entitled “Christmas in the Heart.” Yes, we all know (as Garrison Keillor churlishly reminded us recently) that Jews have written many Christmas songs, but mostly of the secular “White Christmas” sort. In this album Dylan sings real devotional songs, including “O Come All Ye Faithful.”

Could there be a connection between Rogovoy’s book and the Christmas album? Rogovoy is so relentless in nailing every Dylan utterance to some Biblical or Talmudic or kabbalistic source that on some level Dylan might have known he was about to be tied to this procrustean bed of piety for good. This is more metaphorical conjecture than biographical theory. But if you watch the video of “Must be Santa” from the Christmas in the Heart album (by far the best thing on it), you see a Dylanesque guy desperately trying to flee from a Christmas party and hurling himself through the glass of the venue to escape it.

That’s Dylan: more escape artist than preacher. It was Dylan who told us he became his own “enemy / in the instant that I preach.” Nonetheless, Rogovoy’s source-hunting is so relentless, one can only bow to his ingenuity as he pins just about every Dylan line you can think of, like a dead butterfly, to its biblical source box. I was particularly impressed by the wealth of allusions to the Davidic stories he finds. On the other hand, Dylan has been aptly described as a “magpie” who snatches images and allusions from any context, as he happens upon them. And what Rogovoy sees as piety may be mag-piety. A less contestable aspect of Rogovoy’s exemplary research is his deepening of the detailed picture now emerging of Dylan’s Jewish upbringing. Rogovoy shows that the Zimmermans were at “the center of Jewish life in Hibbing,” and that young Robert’s bar mitzvah broke attendance records at the local hotel.

Certainly, we know Dylan has remained preoccupied with God. There’s an excerpt in Rogovoy’s book from an interview with Dylan (this was in the late ’70s and the interviewer, as it happens, was me). Dylan was discussing the ills of the modern world and, in his inscrutable deadpan, suddenly mentioned that he had seen a Time magazine cover that asked “Is God dead”?

“Would you think that was a responsible thing to do?” Dylan asked me, with an emphasis on responsible that made it either genuinely indignant or joking—or both. Then he added “What does God think of that? I mean if you were God, how would you like to see that written about yourself?” It was funny, Dylan trying to feel God’s pain, asking the primal Dylan question of God: how does it feel?

Perhaps the biggest stretch of the book is Rogovoy’s rationalization of Dylan’s Jesus period. Talk about taking the Christ out of Christmas. Consider when he comes to what he calls “Dylan’s most direct statement of Christian belief,” on the album Slow Train Coming. “The official published lyric of ‘When You Gonna Wake Up’ has him singing, ‘There’s a Man upon a cross and He’s been crucified / Do You have any idea why or for who He died?’”

“But,” Rogovoy tells us, as if he has discovered a loophole, “on the recording Dylan actually sings, ‘There’s a man on the cross and he’s been crucified for you / Believe in his power that’s all you gotta do.” Either way it’s a pretty straightforward declaration that the crucifixion is the path to salvation. But wait! Rogovoy seeks to obfuscate Dylan’s rare if unappealing didacticism: “The line seems tacked on to the end of the song; nothing that comes before prepares a listener for this statement of faith; there is no case being made that leads up to this as the logical (or illogical) conclusion; it’s practically a non sequitur as it appears in the song.”

You can almost see him sweat. But it’s simply not true that nothing prepares the listener or that it’s a non sequitur. It’s more like a culmination that Rogovoy can’t abide. He denies Dylan the right, misguided or not, to be the person he was then, because it challenges the ironclad rigidity of Rogovoy’s thesis. This transparent sophistry (“tacked on” could be another person’s “triumphant conclusion”) allows Rogovoy to avoid confonting Dylan’s soul-searching.

Still, there’s something there. As Daniel Matt, now the distinguished translator of the Zohar, put it to me in an e-mail:

For many years I worshiped Dylan. I occasionally referred to him as Baba Di-lan, Aramaic for “our gateway,” to truth and wisdom. For some reason, I always wanted him to be very deeply Jewish, whether or not he was. I felt that he saw things in their stark reality, that his prophetic vision penetrated to the core of everything and his poetic genius enabled him to share that with others. 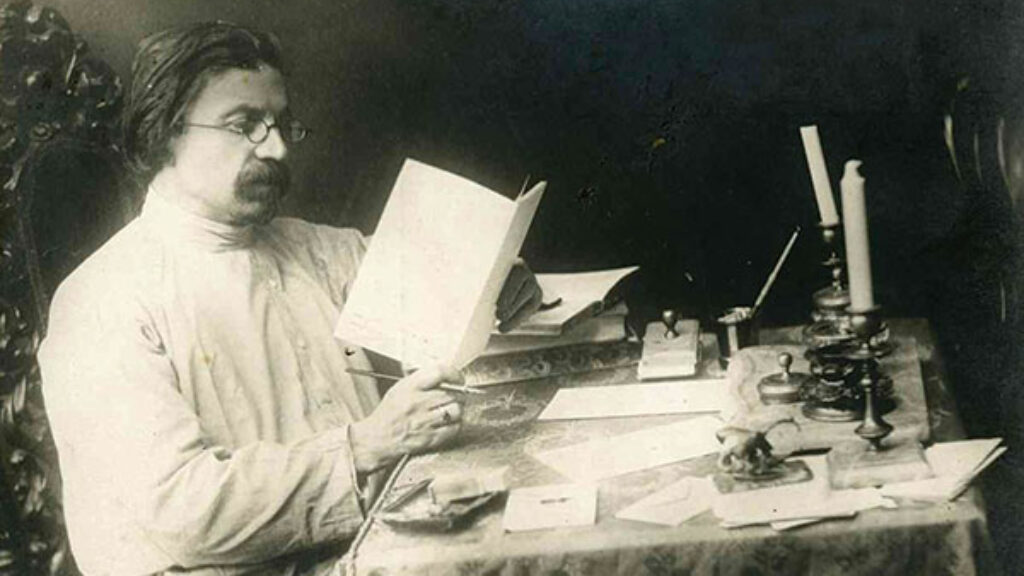 “The holiday is also sweet and dear because poor and dejected Jews toil hard, alas, and struggle, and just barely, in the nick of time, amid great trouble, angst and tribulations, bring in the holy holiday. Now, finally, they can rest and relax for eight days in a row.” A new translation of Sholem Aleichem by Curt Leviant.

Religion, Power, and Politics: An Exchange

Rabbi Riskin's review of Rabbi Sack's latest book ignited a discussion on the role of power in Judaism. 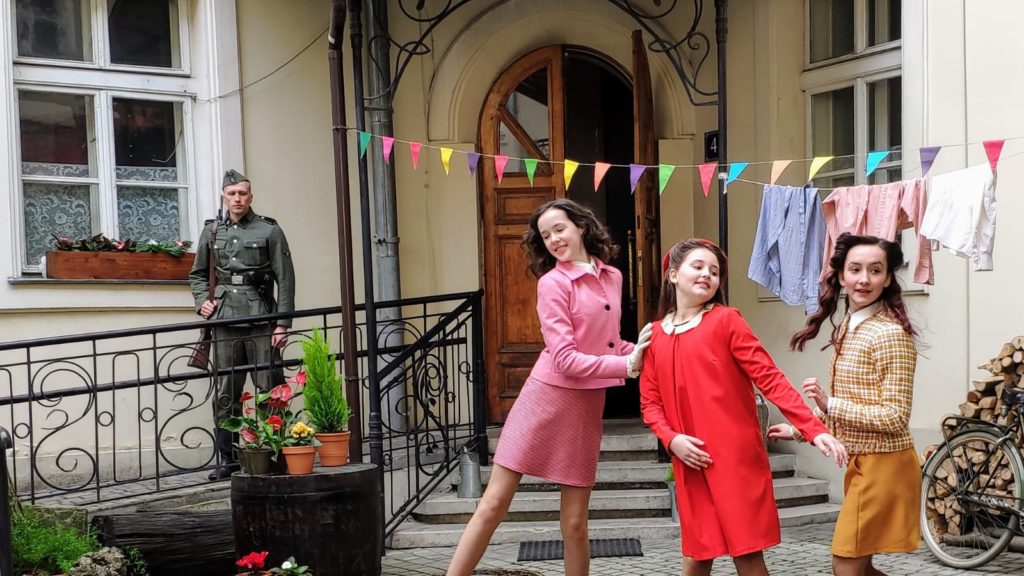 This Holocaust Memorial Day, an online project known as Eva’s Stories is uploading snippets of video every 30 minutes to the @eva.stories Instagram page.