Of course, we had to postpone our 10th anniversary Jewish Review of Books conference indefinitely. Those were the days—actually just a few weeks ago—that historians may eventually label the “abundance of caution” period. That was the lawyerly 18th century phrase intoned by so many as they shut down their operations due to the new coronavirus (the words themselves were briefly viral, infecting one slab of boilerplate after another). Now, as I write on lockdown in late March while the number of COVID-19 cases skyrockets, it would be inconceivable to hold a conference of 400 anywhere, let alone in New York City. This morning, I read that the giant Javits Convention Center is being retrofitted as a hospital. By the time you read this, it will probably be filled with patients, not the display of exotic flowers that had been scheduled.

One uncanny thing about this moment is that no one has yet put the experience we are all having—collectively yet separately, sometimes on Zoom—into articulate words. Some future novelist will eventually capture the way it has felt, the anxious way we have lived in these months, and the way some of us—God willing, not many—will have died. The comparison that is floating around is to the experience of 9/11, which makes sense, but doesn’t exactly work, because, well, a public health crisis is not a terrorist attack. Nonetheless, in both we have had a society-wide sense of dread and uncertainty.

As it happens, I’ve been rereading a novel by Allegra Goodman that brilliantly captures the time from the dot.com boom to September 11, 2001, and the months that followed. Anne Trubek’s JRB review of 10 years ago begins, “Everything is rising or falling in The Cookbook Collector: internet stocks, the value of old books, men in love, women out of redwoods, and twin towers.” Actually, although the reader is always aware of the time line, those planes crashing into the World Trade Center still come out of nowhere for the reader, just as they did for all of us on 9/11. What Goodman saw was that one way to really understand the extraordinary time we had so recently lived through was to set an old-fashioned, realistic novel in it—and then write it with an abundance of artifice.

Another story that resonates a little, this one from the Talmud (Shabbat 33b, the daf yomi on Erev Pesach): Rabbi Shimon bar Yochai denigrated the Roman government in Palestine during the persecutions of Hadrian, saying that they established marketplaces only for prostitutes, bathhouses only for their own enjoyment, and bridges to collect taxes. When the authorities heard, he fled with his son, Rabbi Elazar. Eventually, the two had to leave the city and hide in a cave, where, for most of their days, they buried themselves up to their necks in sand and discussed Torah. Twelve years later, after the death of the emperor, they returned and were confronted with everyday life. They saw farmers plowing and sowing and were shocked: “They abandon eternal life and toil in temporal life (hayyei sha’ah)?”

Every place that they directed their eyes was immediately burned. A heavenly voice (bat-kol) went out and said to them, “Did you come out to destroy my world? Return to your cave!”

When they came back a year later, Rabbi Elazar’s gaze still burned whatever he looked at, but Rabbi Shimon bar Yochai’s healed. Then they saw an old man running at twilight on a Friday with two bunches of myrtle.

The thoughtful piety of this response from an ordinary Jew more or less reconciled Rabbi Shimon bar Yochai and Rabbi Elazar to returning to the world of the marketplace and their neighbors.

In The Sabbath, Abraham Joshua Heschel read this story as a parable about Judaism’s consecration of time as opposed to the Roman conquest of space, though this may underplay the Talmud’s ambivalence about Rabbi Shimon bar Yochai’s destructive otherworldliness. (Heschel’s own burning postwar gaze was directed at German conquest and persecution, but that’s another story.) More recently, Charlotte Fonrobert has suggested that the story is a rabbinic response to Plato’s allegory of the cave. But now I read it and wonder how we will look at each other when we emerge from this quarantine. Not that a Zoom conference is as disembodied as a talmudic seminar in a dark cave where the participants are buried up to their necks, but there will be adjustments. Nor is it clear that the world to which we return will be entirely the same.

My colleagues and I were, of course, disappointed not to be able to celebrate our 10th anniversary with good conversation, good friends, and good food this spring. We’d even edited an anthology of some of our best pieces over the years, which we planned to give out at the conference. It’s an honor to have been a part of so much good, important writing—it was hard not to make the book twice as long as we did—and it will eventually be an honor to be able to hand it to you in person, even if we might have to bump elbows instead of shaking hands.

A more difficult coronavirus cancellation was our daughter Bayla’s bat mitzvah last week. But this is the way we live now: What seems for a moment like an important decision is suddenly just an obvious fact. The shul is closed, people can’t travel, and there is more than one reason that no one is, or should be, celebrating right now.

What is a bar or bat mitzvah for? A formal halakhic answer is that it marks the moment in which one becomes a legal adult who is now subject to the commandments. As such, it isn’t really necessary to stand before the community, one’s friends and family to attain the status. But a bar or bat mitzvah isn’t, or shouldn’t be, just a party on reaching legal majority (let alone just a party). To stand apart from one’s family and before the community as it recognizes your membership, and to return to one’s family with new rights and responsibilities, is a social process that cannot be simulated on a screen or put on in private. The whole point is to stand in the public gaze, listen to, even make, boring speeches, and then return to one’s family somehow transformed. Even the awkward hugs and kisses from relatives have a deep function: They welcome the bat mitzvah back as a new person. Of course, this only underlines the loss to the community—or rather the loss of community—when the synagogue and every other institution in which we truly see each other is shuttered.

I was talking about all this with my brother Joe, and he pointed out something that hadn’t occurred to me. Even if we are able to return to our normal lives relatively soon, it will still be the case that this year on Simchat Torah, when we celebrate having read the whole Torah together, in fact we won’t have. A young rabbi told me that when he went to lock up his shul he cried. 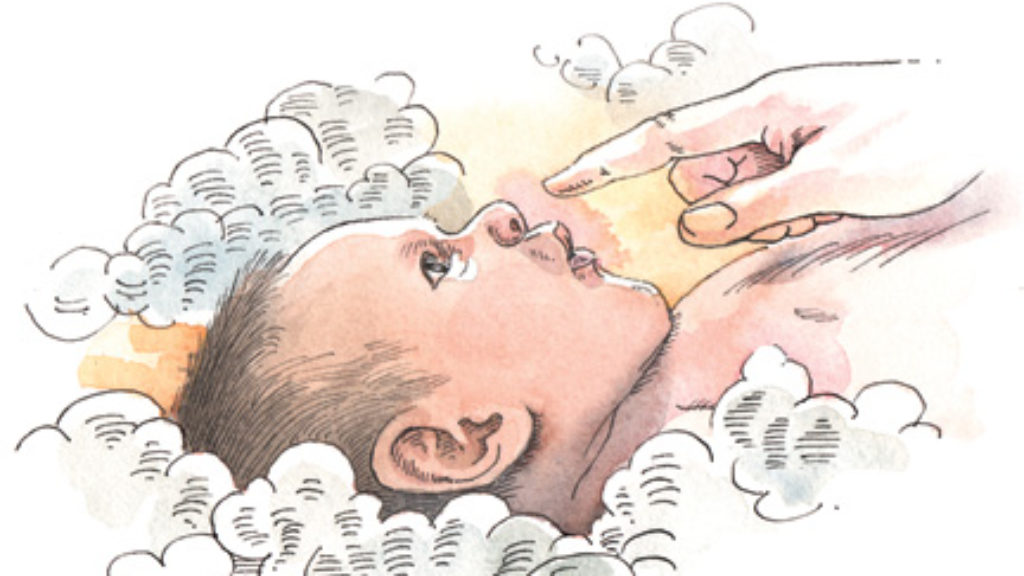 The Jewish Jane Austen, or better?