Daniel Gordis is right. The Pew numbers are indeed devastating. But the challenges they present to the Conservative movement are not unparalleled. Both Reform and Orthodoxy faced similar challenges early in the 20th century and both emerged from those crises with renewed strength.

Rabbi Isaac Mayer Wise, the great 19th century Reform Jewish leader, was certain that Reform Judaism would become in time the Judaism of all American Jews. But history proved him wrong, in good part as a result of the mass migration of Eastern European Jews to this country. The Reform movement’s Pittsburgh Platform of 1885 ran counter to some of those Jews’ most cherished beliefs, including Jewish peoplehood and Zionism. Moreover, the church-like atmosphere of Reform temples, the heavy use of English, the substitution of confirmation for bar mitzvah, as well as the icy German formality and the evident condescension displayed toward Eastern European Jews by many classical Reform congregations—all made it seem as if Reform Judaism would become a kind of Jewish Episcopalianism: small, smug, and paternalistically elite. By 1943, it encompassed only 300 congregations and 60,000 family memberships. Since then, however, it has undergone a remarkable transformation that has propelled Reform Judaism from the smallest into the largest of America’s Jewish religious movements. How did this happen?

First, Reform Judaism heeded its critics and in many ways co-opted them. Some Reform rabbis emulated Mordecai Kaplan’s emphasis on Judaism as a civilization. Others, in a bid to attract Eastern European Jews, reintroduced once-discarded rituals such as the bar mitzvah. More and more turned to Zionism, in defiance of their own movement’s platform. And a new generation of leaders introduced changes in Reform Jewish education, in its youth movement, and in its women’s movement that made Reform more alluring to young Jews of every stripe.

Second, the Reform movement engaged in spirited self-criticism. After 50 years, it abandoned the Pittsburgh Platform and in 1937 adopted in its place “not . . . a fixed creed, but . . . a guide,” which promoted both religious practice and the upbuilding of Palestine “as a Jewish homeland.” Four years later, at a meeting of the Union of American Hebrew Congregations, Rabbi Louis Mann of Chicago delivered what must be one of the most courageous speeches ever delivered at the annual meeting of any religious body. Entitled “The Failures of the Union and Where Do We Go from Here,” it lambasted the personnel, the policies, and the program of the Reform Congregational Union.

Third, the Reform Judaism movement moved to strengthen its religious institutions, particularly its congregational union. With a new director, new personnel, a new location in New York rather than in Cincinnati, and a new infusion of funds, the Union became the engine of Reform Judaism’s revitalization. Finally, and perhaps most importantly, the Reform movement opted to become an ideological “big tent.” “Reform Judaism does more than tolerate diversity; it engenders it,” the movement declared in a 1976 statement.

In the years since that statement was adopted, the Reform movement has experienced plenty of problems, and it certainly faces great challenges today. In many respects, nevertheless, it serves as a model of how a religious movement can, over time, successfully turn itself around. By heeding its critics, engaging in spirited self-criticism, strengthening its congregational union, and committing itself to radical diversity within an overarching unity the movement that once seemed destined to run a distant third in Jewish religious life became number one.

Like the Reform movement, Orthodoxy faced a grave crisis in the 20th century. While in 1950 it still claimed more adherents than any other branch of Judaism, the bulk of its members were old, and even if they called themselves Orthodox, their level of observance was weak. A widely publicized study in 1952 concluded that “only twenty-three percent of the children of the Orthodox intend to remain Orthodox; a full half plan to turn Conservative.” No wonder that America’s leading Jewish sociologist, Marshall Sklare, was pessimistic about Orthodoxy’s future. But history proved him wrong too. Rather than rehearse the well-known reasons for Orthodoxy’s turnaround, I want to ask what the Conservative movement can learn from it.

First, the Conservative movement should study how the Orthodox community created and shaped its members. Through a remarkably successful investment in Orthodox day schools, high schools, advanced yeshivot, Yeshiva University, and more, the Orthodox community produced a laity that was Jewishly knowledgeable and committed. Where others only trained their elite, Orthodoxy trained its rank and file, who soon became the backbone of a revitalized Orthodox movement.

Second, the Conservative movement can learn a good deal from Orthodoxy’s structure—or perhaps one should say its lack of structure. The multiplicity of competing Orthodox institutions allows Orthodoxy to embrace an enormous spectrum, stretching from the Open Orthodoxy of Yeshivat Chovovei Torah to the fervent Orthodoxy of Satmar. Orthodoxy is not a top-down movement, as the Conservative movement has historically been. It is, instead, an unstable coalition composed of many disparate and even historically warring groups that all cloak themselves in the mantle of “Orthodoxy” as a source of legitimacy and authenticity. Since no central body governs who is Orthodox and who is not, those who disagree with the Yeshiva University or with the Orthodox Union have not, in recent years, felt the need to leave the Orthodox fold. They simply create new competing organizations that carry the Orthodox name but move out in new directions. Orthodoxy, in other words, has in recent decades become surprisingly like Reform: an inclusivist—if perhaps precarious—“big tent,” and this has, I think, been a key ingredient of its recent growth.

There is a great historical irony here: The word “Orthodox,” once a highly restrictive designation, has since the late 1960s become broader. Meanwhile, the word “Conservative,” which Solomon Schechter envisaged as including everybody to the right of Reform, has become, in our day, far more confiningly restrictive. Like Rabbi Gordis, dissenters of every stripe—products of the Conservative movement, in some cases its best and its brightest—have chosen to leave the movement rather than finding their own space within it. The Reconstructionists departed; Havurat Shalom and the havurah movement departed; the Union for Traditional Judaism departed; B’nai Jeshurun in New York departed; and so-called transdenominational Jews (most of them formerly Conservative Jews) departed. More recently a whole series of so-called non-denominational new minyanim, which attract legions of young Jews and have for the most part been founded and led by Conservative Jews, have effectively departed too, preferring no affiliation to Conservative affiliation.

Reform Judaism was in dire straits following the immigration of two million Eastern European Jews, and, as we have seen, it recovered and thrived. Orthodox Judaism was pronounced dead just 60 years ago, and it too has experienced a wondrous revival. Conservative Judaism can do the same, if it heeds some of the lessons that the past has taught its rivals. Indeed, it must turn around. American Judaism depends on it. Conservative Judaism is too important to disappear.

For a century now, the Conservative movement has bridged Orthodoxy and Reform, speaking to both camps and insisting that Jews need to work together for the sake of the Jewish people as a whole. In an America where only 52 percent agree with the statement “I look at the entire Jewish community as my extended family,” we need the Conservative movement to remind us of first principles.

We also depend on the Conservative movement because without a strong center North American Judaism runs a great risk of dividing into two camps and ultimately into two Judaisms. A strong center keeps us balanced and focused. It helps us to marginalize radicals and extremists. At a time when great and seemingly unbridgeable issues divide North American Jews, when so many understandably insist upon firmness for the sake of cherished principles, we need a strong center equally committed to compromise for the sake of Jewish unity. Absent that strong center, the American Jewish community will become a house divided against itself, and, as Americans know all too well, such a house cannot stand. 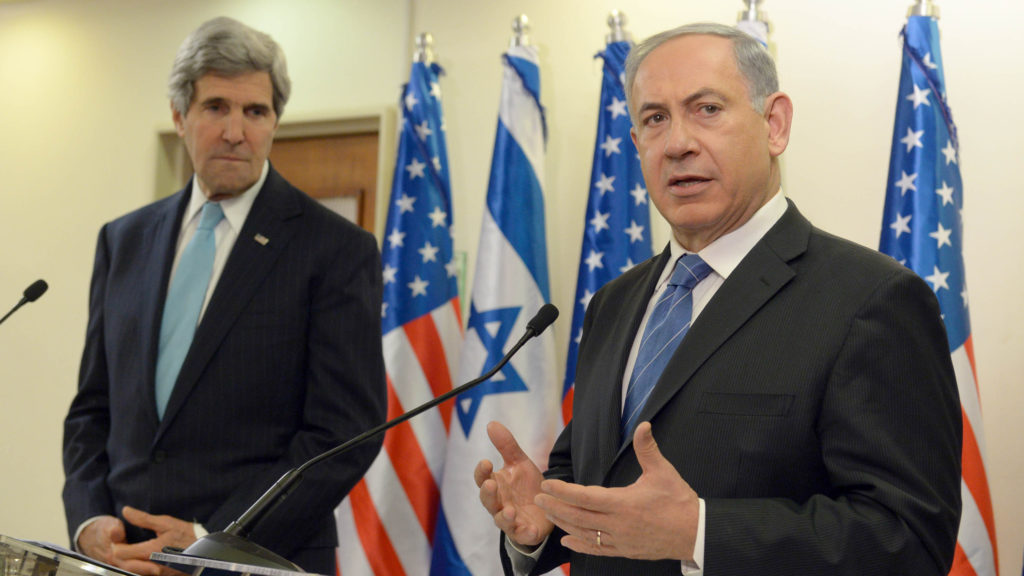 Secretary of State John Kerry's attempt to get Israel and the Palestinians to a final status agreement was never going to work. What will?

Bellow on Roth on TV. 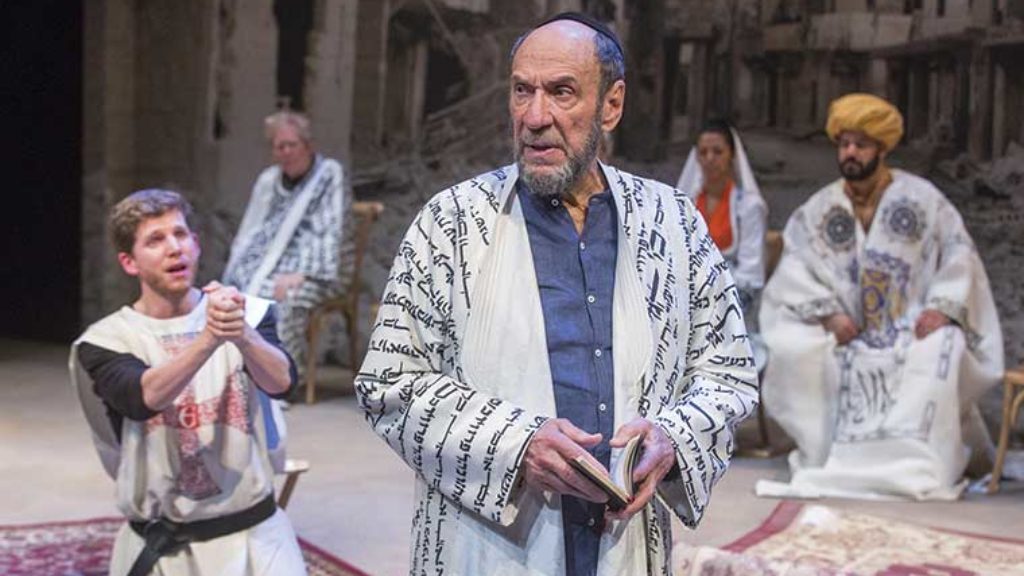 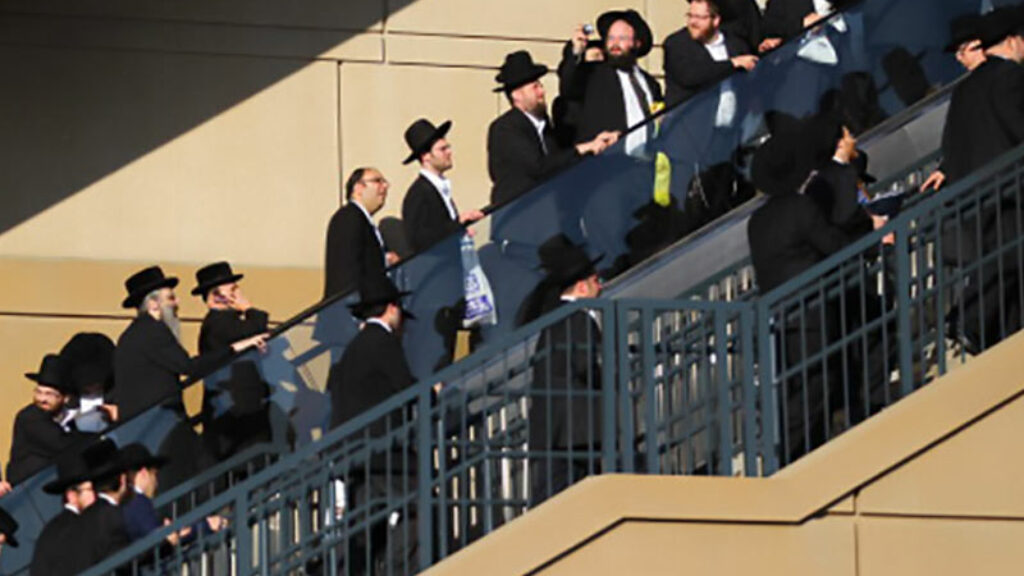 In 2006, a blogger known as Baal Habos posted about a former rebbe who had once compared heretical media to “a hole in the head.” By then he had become a “ba’al ha-bos” (roughly, a family man), with a position in the community he wasn’t comfortable giving up, he had acquired plenty of holes in his head and wanted to discuss them—anonymously.