Emma Lazarus wrote the following poem for Rosh Hashanah of 1882. Below, Esther Schor offers a short and illuminating commentary.

NOT while the snow-shroud round dead earth is rolled,

When orchards burn their lamps of fiery gold,

The grape glows like a jewel, and the corn

A sea of beauty and abundance lies,

Then the new year is born.

Look where the mother of the months uplifts

In the green clearness of the unsunned West,

Back to thy courts whatever faint heart throb

With thine ancestral blood, thy need craves all.

The red, dark year is dead, the year just born

Leads on from anguish wrought by priest and mob,

To what undreamed-of morn?

For never yet, since on the holy height,

The Temple’s marble walls of white and green

Carved like the sea-waves, fell, and the world’s light

Went out in darkness,—never was the year

Greater with portent and with promise seen,

Than this eve now and here.

Even as the Prophet promised, so your tent

Through fire and blood and tempest-tossing wave,

For freedom to proclaim and worship Him,

Mighty to slay and save.

High above flood and fire ye held the scroll,

Out of the depths ye published still the Word.

No bodily pang had power to swerve your soul:

Ye, in a cynic age of crumbling faiths,

Lived to bear witness to the living Lord,

Or died a thousand deaths.

One rolling homeward to its ancient source,

One rushing sunward with fresh will, new heart.

By each the truth is spread, the law unfurled,

And both embrace the world.

Offer the first fruits of the clustered bowers,

The garnered spoil of bees. With prayer and praise

How strength of supreme suffering still is ours

For Truth and Law and Love.

Writing this poem in early September 1882, Emma Lazarus was relieved to see the “red, dark year” of 5642 come to a close. In “The New Year: Rosh-Hashanah 5643,” originally published in the weekly newspaper the American Hebrew, she laments the persecution of Eastern European Jews—their “anguish wrought by priest and mob”—as a crisis rivaled only by the destruction of the Second Temple. The newspaper had been sporadically covering the persecution of Russian Jews and the subsequent influx of Russian Jewish immigrants; to make a passionate case for these refugees to her fellow American Jews, Lazarus would soon launch a weekly column called “Epistle to the Hebrews.” For months, she had been working to educate, train, and advocate for the refugees who had been streaming into New York harbor, sometimes at the rate of a thousand per month. These impoverished, Yiddish-speaking Jews were strange to her, a wealthy fourth-generation American; their ways seemed backward, and she felt contempt for their piety, which, like a Union Square Voltaire, she liked to call “superstition.”

Nonetheless, she called on the “sacred cornet”—the shofar—to honor the immigrants’ witness to “the living Lord,” their steadfast faith in God and Torah. Was this simply rousing, sermonic rhetoric, hitting just the right high (holiday) note for the worldly readers of the American Hebrew? Was she rousing her own soul to meet the Days of Awe? Probably both; but Lazarus’s own torah is here too, her insistence that each of the “two divided streams” of exiles—one “rolling homeward to its ancient source,” the other venturing “sunward” to the New World—had a claim to an authentic Hebraic identity. When Lazarus’s appeals to American Jews on behalf of the Russian refugees went unheeded, she broadened her cause; absorbing immigrants and refugees, she argued in her famous poem about the Statue of Liberty, was the duty of all Americans. In fact, this Rosh Hashanah poem reads like a rehearsal for “The New Colossus”: the opening “NOT” of correction and admonition (“The New Colossus” begins, “NOT like the brazen giant of Greek fame”); the “mother of the months” uplifting an “ivory horn of plenty” requiting those who are “tired” (compare: “A mighty woman with a torch, whose flame / Is the imprisoned lightning, and her name / Mother of Exiles”); the “tempest-tossing wave” (“Send these, the homeless, tempest-tost to me”); even the “lamps of fiery gold” foretell Liberty’s lifted lamp “beside the golden door.”

In the coming year, Lazarus would finally confess her doubt that Western European Jews could be assured of safety and survival, grimly prophesying their need for “repatriation” in Palestine. But she never stopped “unfurling” her American torah: that America would remain not only a homeland for its Jews but a refuge for all the “huddled masses yearning to breathe free.” Perhaps this Rosh Hashanah, the “sacred cornet” will call us, too, back to this torah for America.

Looking for something else to read? We recommend Stuart Schoffman’s review of Esther Schor’s Bridge of Words. 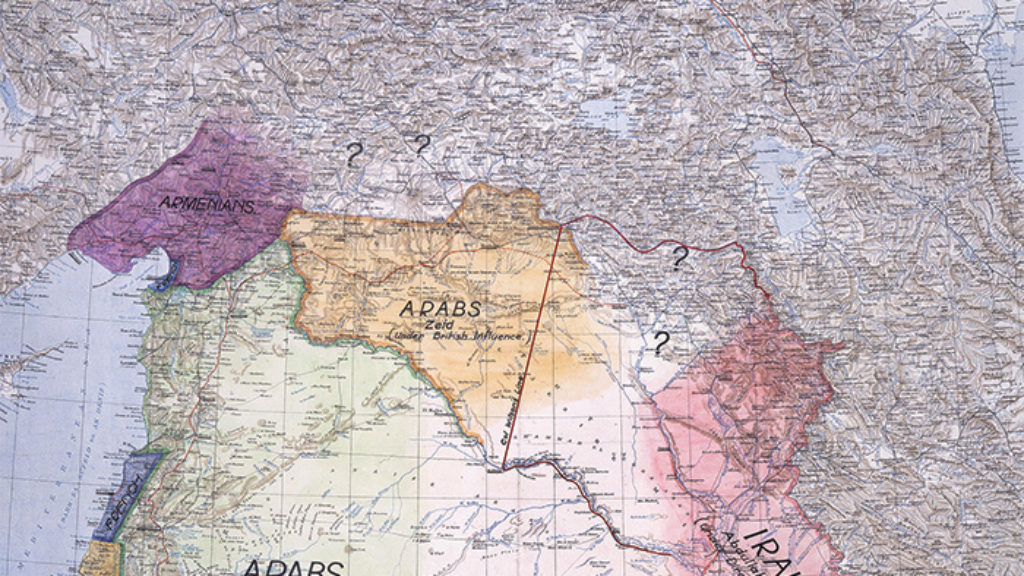 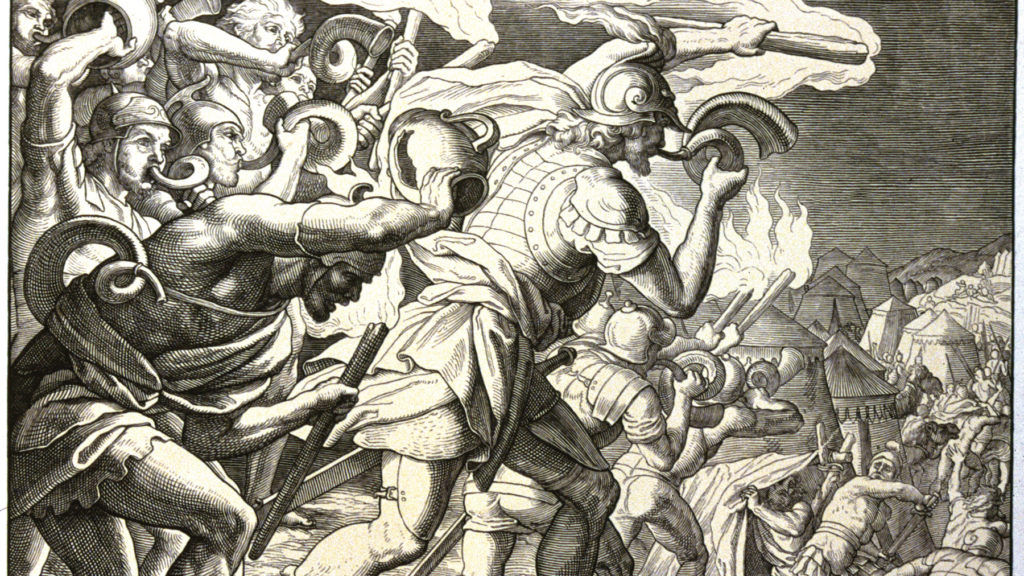 When Thomas Jefferson and Benjamin Franklin sat down to design the Great Seal of the United States they both turned to the Bible.