When the Israeli writer Aharon Appelfeld died in January, I had a copy of one of his books, Adam & Thomas, in the to-read stack on my nightstand. Published in English in 2015, his first book for young readers tells the story of two young boys, left in a forest in some unnamed corner of Europe by their respective mothers, both of whom have returned to the ghetto to find hiding places for their grandparents. Adam’s father, a religious carpenter, and Thomas’s father, a secular schoolteacher, have already disappeared in the labor brigades.

Appelfeld’s prose is spare, built by stacking one economical sentence upon another. There is little to no exposition. The narrator knows no more than do the two boys themselves; consequently, young readers are left to puzzle out such things as “labor brigades” on their own. For an adult reader, the weight of the knowledge of what the two boys uncomprehendingly accept as reality is devastating, giving the slim volume a weight far beyond its pages. Adam’s mother, leaving him alone in the forest, is reassuring:

“Don’t be afraid. You know our forest very well, and everything that’s in it. Sit down under a tree, like that one with the round top, read the book by Jules Verne, or play jacks. The time will pass quickly.”

His mother hugged him and said, “I have to run. I’m going to hide your grandparents.” She slipped out of his arms and set out.

She is as matter-of-fact as if she is leaving to run a quick errand, although many modern-day parents would be loath just to leave a nine-year-old alone in their own home, even with a cell phone.

In a 2011 interview with Israeli artist Shachaf Dekel, Appelfeld said, “Writing is a long process of remembrance. It’s not a matter of memory, but rather a slow remembrance. From within, you draw childhood visions: tiny, glowing details that illuminated your life when you were a child.” Adam & Thomas unfolds in exactly that fashion, one tiny detail leading to the next—an injured man fleeing unseen pursuers below a treetop nest the two boys have built, a discarded sheepskin cloak that keeps them warm and dry when rains begin to fall, Adam’s dog Miro who finds them after his own escape from the ghetto, a classmate hidden with a Gentile peasant who leaves corn pie and other bits of food for the boys near a cow she milks every day. This girl, Mina, gives the book its Hebrew title, Yalda she-lo min ha-olam ha-zeh (The Girl Who Was Not of This World), and her appearance in the field milking the cow and later reappearance wandering beaten and hungry in the forest herald hope and survival for Adam and Thomas in a way that is both eminently real and completely magical. While Appelfeld tells us that “Mina’s father died when she was five, and her mother worked as a housekeeper,” he also signals that he seems to believe, as Adam does, that “God sent Mina to us to rescue us from hunger.”

As in a fairytale, there were fears, there were imaginings, and there was a small bit of joy in the center. It was a fairytale. That is the Holocaust, because I was a child, was also a fairytale. At times I would tell myself, tomorrow my parents will come to take me away. And I would give myself signs; if I see a white horse, it means that my parents will come to take me. And each time I would look for a white horse in the meadow, in the pasture.

In Adam & Thomas, it is a cow in a pasture that leads the boys to Mina, who keeps them alive first in body and then in spirit, when she in turn needs Adam and Thomas to care for her and ensure her life.

In writing this book, Appelfeld seems to have split himself and his life story between the two title characters: resourceful Adam, a boy of the land whose knowledge of the forest keeps them safe and fed, and bookish Thomas, a doubter in both faith and his own abilities. In the novel, alert Adam cannot survive without inward-looking Thomas. Appelfeld himself seems to have needed the memories and teachings of both his assimilated parents and his observant grandparents to carry him through the war and the difficult years after. The split is doubly fitting, because at its heart, Adam & Thomas explores a theme that has fascinated Appelfeld—Jewish survival as “a people who lived for more than 2,000 years among aliens, and by being so different, and by being a minority, developed a kind of character that is very different from the character of the surroundings,” a character marked by both “restlessness, a permanent alertness, a kind of insecurity” and “deep belief . . . deep philosophy, mysticism.”

Appelfeld himself escaped from a concentration camp when he was just eight and survived in a Ukrainian forest for three years until he met up with the Soviet army and became a cook in a field kitchen. His mother, though, had already died at the hands of the Nazis when he and his father were sent to the camp. Unlike Adam’s, his mother did not literally leave him alone in a forest.

Adam & Thomas is, in a way, a bookend to Appelfeld’s Badenheim 1939, his first work translated into English, and the one that marked his entry into the international literary world. Heavier, more dreadful, it too has the feel of a fairy tale, but one from the Brothers Grimm, not Disney.

In the vacation resort of Badenheim, somewhere outside Vienna, in the long months of 1939, everything is a sign, a portent. While the well-heeled and seemingly well of body and mind vacationers and residents look forward to the town’s annual arts festival, only Trude, the wife of the town’s pharmacist, sees the truth of their situation: “The whole world looked transparent to her. It was poisoned and diseased . . . [Her husband’s] attempts to reassure her were in vain. She had stopped listening.”

Here again, the reader knows what the Jewish vacationers and townspeople don’t, that the people who “left their baggage in the hotel and streamed toward the forest” won’t be coming back from their “resettlement” in the east. We understand why the inspector from the “Sanitation Department” asks the pharmacist for all kinds of “peculiar details” about who owns his business, how he acquired it, and its value, while he, perplexed and “surprised, explained that everything had been whitewashed and thoroughly disinfected.” With each sentence of Badenheim 1939, tension builds. The hints of impending disaster are heavy and thick on the ground, a trail of breadcrumbs mixed with sawdust.

Appelfeld described his writing process as one of leaving his pages in a drawer and going back to them until there was nothing left to add in and nothing left to take out; at 148 pages, Badenheim 1939 includes as much as the reader can stand. A few chapters in, and we are both weary and on edge, trapped alongside the Jews of Badenheim, all registered with the Sanitation Department.

Although the Holocaust is a near-constant presence in Appelfeld’s work, it would be false to characterize him simply as a “Holocaust writer.” As Alan Mintz observed, “Everything having to do with what the French call the concentrationary universe—the transports, the camps, the Einsatzgruppen, the fascination with the Nazis and the paraphernalia of evil, that is to say, the entire stock-in-trade of conventional Holocaust literature—all this is left out. Before, after, parallel to—yes; anything but the thing itself.”

Instead, Appelfeld gives us characters who are archetypes for the Jews the Nazis tried to eradicate: the Ostjude and the assimilated Jew who longs above all for “an artistic experience,” the Jew who asks for acceptance in a voice that is “soft and conciliatory,” and the one who demands admittance in a tone that is “clear and sharp.” In his Alpine allegory, the village becomes a fenced-in ghetto and the organizer of a summer festival morphs into the head of the Judenrat, the purveyor of readings of Rilke and nostalgic Yiddish songs that distract from thoughts of escape.

In the end, the titular characters of Adam & Thomas are saved in a narrative that echoes Appelfeld’s own lucky and unlikely forest survival story. Appelfeld’s widow, Yehudit, told his long-time translator Jeffrey M. Green that he left behind drawers “full of manuscripts.” Whether the worlds we have yet to explore with Appelfeld are those of doomed villages like Badenheim or the miraculous forest of his first book for young readers remains to be seen.

Gordis replies to his critics and outlines his positive vision for the future. His proposal may surprise you. 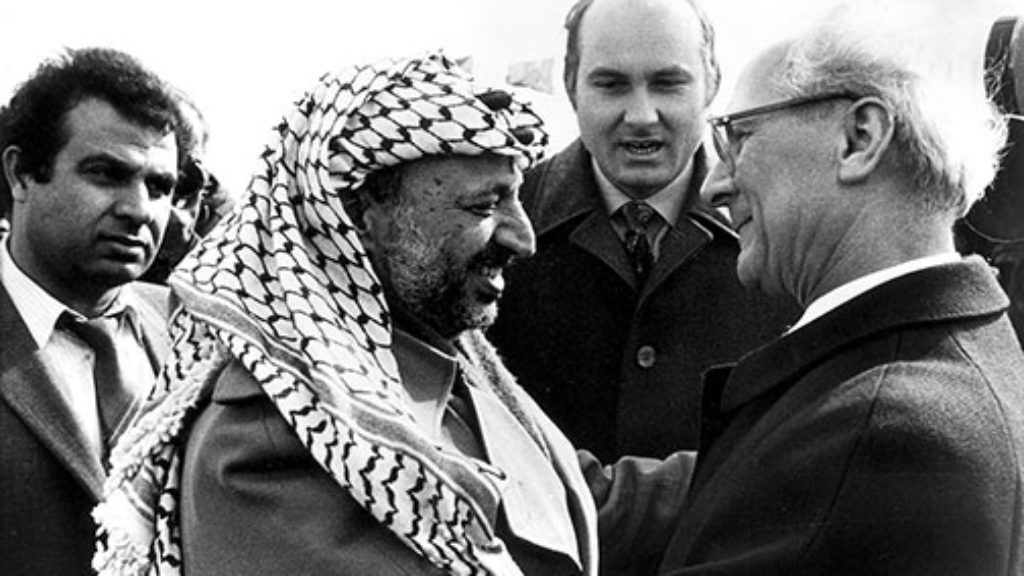 Following the Six-Day War, the East German government and the West German far left demonized Israel time and again, often vilely equating it with the worst thing in their own nation’s history: Nazism. 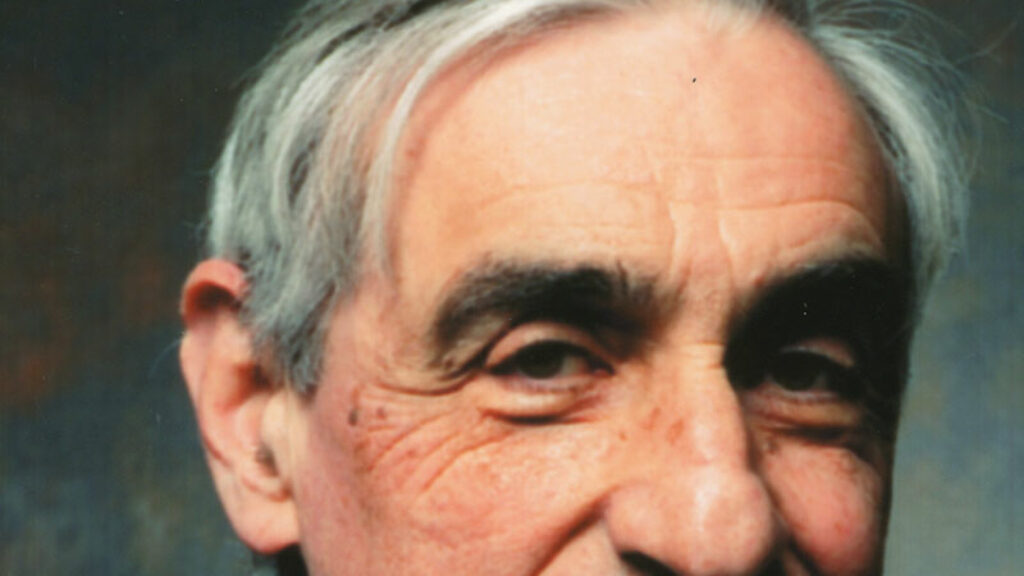