During the height of last summer’s Pokémon GO craze, stories proliferated about players of the game crashing cars, tripping and falling (in one case over a dead body), and, generally, behaving inappropriately in public places. So addictive was the game, so enticing the “gotta catch ’em all” slogan, that no place was too solemn, not the United States Holocaust Memorial Museum or Japan’s Hiroshima Peace Memorial Park, not even Auschwitz. In the few weeks before the game’s maker removed the virtual creatures from “sensitive” locations, placards were placed at sites about the unseemliness of catching cute virtual creatures where mass murder had been committed or was being commemorated.

Das Denkmal für die Ermordeten Juden Europas in Berlin was, for a time at least, also a Pokéstop, although playing video games turns out to be one of the milder forms of disrespect one is likely to encounter amid the stelae of the Memorial to the Murdered Jews of Europe. The memorial stands in a part of the city once within the “death zone” of the Berlin Wall and before that at the administrative center of the Third Reich. The Reich Chancellery Building Albert Speer built for Adolf Hitler was just a few hundred yards away; the führer’s bunker, his tomb, is also close at hand.

Deliberately abstract, the rolling five-acre field filled with 2,711 rectangular gray stones evocative of graves is open on all sides to the city and bordered on its eastern side by a stretch of shops and restaurants often dubbed “Holocaust-Strand” (Holocaust Beach) in the German press: racks of postcards; shopfronts selling sandwiches, pretzels, and hot dogs; an ice cream place all at street level; on the terrace above, sit-down fare under large blue umbrellas. Deliberately (if mistakenly), architect Peter Eisenman left the memorial so open to interpretation that picnicking and sunbathing hardly seem out of place, and as the manager of one of Holocaust-Strand’s restaurants observed to the Berliner Zeitung newspaper, “Tourists have their needs.” The restaurant shows due respect, he noted. After all, it serves its sausages on real plates—no paper or plastic—and you absolutely cannot get your coffee to go.

Meanwhile, modern tourists feel compelled to post a picture to social media, documenting for the ages (or at least their friends) their perfectly packaged presence everywhere. Articles and websites have attempted to draw attention to the problem of smiling selfies at concentration camps and Holocaust memorials and museums, but with only limited success. When Shahak Shapira saw an Instagram selfie of two young men leaping from the top of one stele to another at the Berlin memorial captioned “Jumping on dead Jews @ Holocaust Memorial,” he was simultaneously repulsed and inspired. An Israeli who has lived in Berlin since he was 14, Shapira merged the vaulting figures with an archival image taken at a Nazi concentration camp. When a visitor to yolocaust.de placed his or her cursor over the image, the two young men, now rendered in black and white, were shown quite literally jumping on the bodies of dead Jews. His digital art installations included 12 such juxtapositions.

Shapira’s Yolocaust (he took the Yolo from the popular acronym for “you only live once”) made such a splash that the website crashed repeatedly, unable to keep up with the 2.5 million people driven to it by articles everywhere from the BBC to Fox News. In less than a week, each of the people in the photos that made up the online project had contacted Shapira, asking to be removed, a request he honored. Of course, not all of them had intended their selfies as profanations of the dead. A woman who posted herself in a balanced pose atop one of the memorial’s stones titled the Instagram photo with the words “Yoga is connection with everything around us” paired with a smiling emoji and praying hands. (Yolocaust.de now consists of a letter of explanation from Shapira about the project, as well as comments he received while it was active. Because of the press coverage, all the removed images are just a Google search away.)

Much has been made of the striking images: A young woman in workout gear demonstrating her strength and flexibility is paired with twisted bodies piled up in a concentration camp building, the door frame replacing the stele she was balanced against, her feet in the air; a man kneeling, juggling bright pink balls, is transported from the memorial to a burial pit. Shapira’s repurposed images had so much impact—the word most commonly found in stories about Yolocaust is “shocking”—that his subtle use of language in the project has been overlooked. In a FAQ on the website, he wrote, “Isn’t this disrespectful towards the victims of the Holocaust?” A reader might assume that he was asking this of the Yolocaust project itself. But then Shapira drily answers his own question:

Yes, some people’s behaviour at the memorial site is indeed disrespectful. But the victims are dead, so they’re probably busy doing dead people’s stuff rather than caring about that.

Similarly, the address where you could email Shapira ([email protected]) if you were in one of the pictures and “suddenly regret having uploaded it to the internet” carries two meanings. In current English slang a “douche” is, of course, a jerk, but the site was also in German, and the word clearly brings to mind the German word for shower.

In part because a visitor can enter the Berlin memorial from any side, there is nothing in the way of preparation or guidance as to what, if anything, it should mean. There is an information center (which, as it happens, Peter Eisenman strenuously resisted), but it is tucked underground, and few visitors ever make it there. When the New Yorker’s Richard Brody came to write a review, he didn’t even realize the center existed, and left without ever seeing it. “It’s not marked prominently, it’s not easy to find, and it’s not integral to the display,” he observed. Care has been taken, however, to post signs warning of pickpockets.

Time is, of course, picking memory’s pocket, pilfering public memories of the Shoah, even among the Germans, even among the Jews. Memorials remain, unmoved and unchanged by this inevitable erosion of memory. Think, for instance, of the emotional impact of the Lincoln Memorial upon most of its present-day visitors. How many truly feel the rupture of that conflict, fought over the fates of four million slaves and leaving more than 620,000 dead?

Shapira’s close attention to our present-day language and behavior offers one possible way forward: Holocaust Beach and Pokémon GO–playing museum visitors themselves become part of the exhibit. Part of the brilliance of Shapira’s ephemeral digital creation is that it allows us the space to think about thoughtlessness. 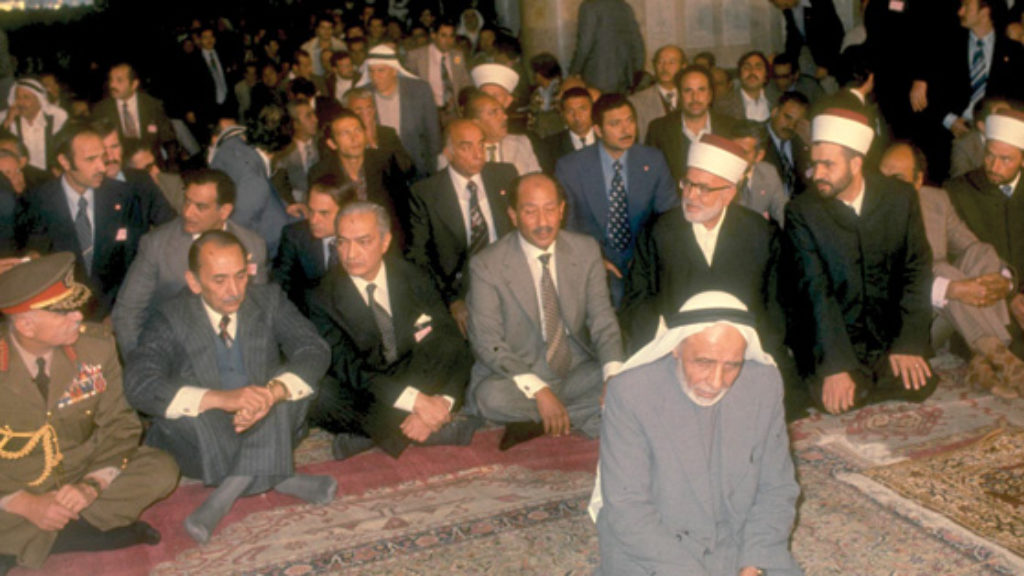 Sadat in Jerusalem: Behind the Scenes

The outcome of Anwar Sadat’s 1977 visit to Israel was historic, but the backstage wrangling over protocol and Palestinian participation was also significant. 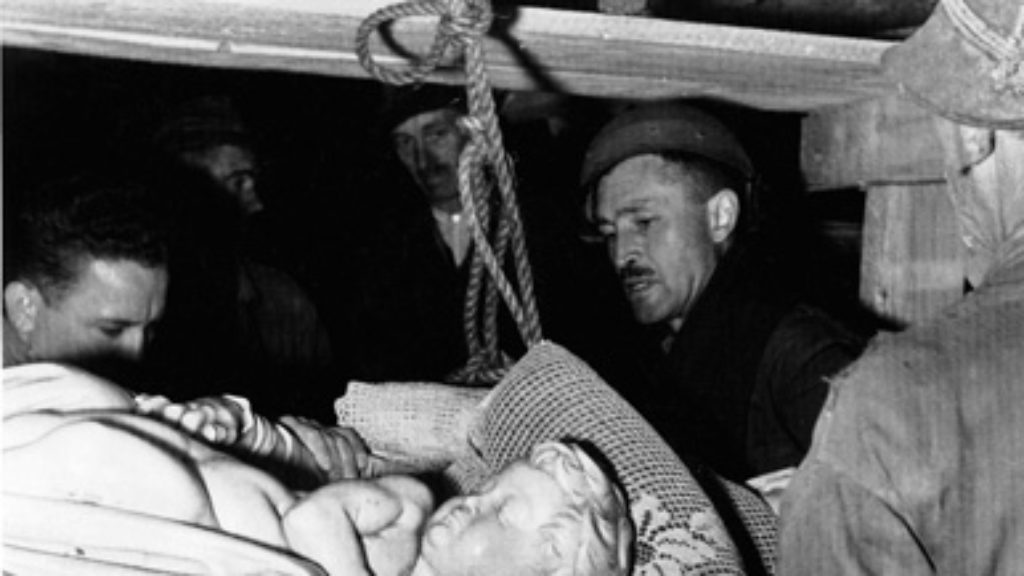 The Good, The Bad, and The Unending

Have (more or less) real historians ever been as central to a Hollywood blockbuster as they are to George Clooney’s The Monuments Men? Our reviewer, Gavriel D. Rosenfeld has something to say about the history. Also Cate Blanchett.

Jacob Emden get a deserved, if belated, translation into English.