Fauda, the Arabic word for chaos, is also the title of an award-winning Israeli TV series currently airing on Netflix. Appropriately, it opens in an adrenaline rush of noise, confusion, and jagged camerawork. A plain-clothes IDF special operations team snatches a Palestinian Arab from a West Bank mosque and throws him in the back of a delivery van. Back on the other side of the Green Line, Gabi Ayub, an Israeli counterterrorism officer, makes the man an offer he can’t refuse: The prisoner gives up information on an imminent terrorist nerve gas attack in exchange for the promise of life-saving surgery for his daughter at Hadassah Hospital.

There’s only one problem: Everybody thought that the infamous Hamas operative behind the planned attack—Abu Ahmad, aka the Panther—was dead. Meanwhile, the man who supposedly killed him—team member Doron Kavillio—is retired and quietly rusticating in his vineyard with his wife and two kids. But now that the Panther has returned—alive, well, and apparently planning a massive attack—the team needs Doron. So, his old boss, a smooth, slightly diabolical operator named Mickey Moreno, materializes in the midst of Doron’s arcadia and persuades him to come back for one last hurrah. Doron’s wife, Gali, is furious, and deeply hurt. She wants Doron out of the game and, preferably, out of Israel entirely. “Let’s go somewhere,” she says in a later episode, “for good . . . love . . . dance.”

Through Moreno’s network of informants, he learns that Abu Ahmad will be attending his brother’s wedding near Ramallah. Doron and two of the others infiltrate the wedding celebration masquerading as caterers and guests. Just when it looks as if Abu Ahmad might be in reach, things go hideously wrong and the team has to shoot its way out. Abu Ahmad is wounded, but escapes. The only casualty, bleeding out on the floor, is the groom, Bashir, a goofy kid whose delight in the day and in his beautiful bride has been absolutely infectious, for us as much as for the guests.

So far, so riveting, with lots of gunplay, yelling in Hebrew and Arabic, explosions, and interpersonal turmoil mirroring the much larger conflict against which the series is set. But early on in the first episode, something happens, something that seems to be saying that what we are watching has the potential to transcend the usual action show tropes. After Moreno leaves, and the house is asleep, Doron goes into the kitchen and pulls the tools of his old trade—a pistol and a black and white checked keffiyeh—out of their hiding place. Watching himself warily in a mirror, Doron drapes the keffiyeh over his head and then wraps it around his face. His eyes, until now sweet and green and slightly watery, are suddenly transformed into pebbles, opaque, unknowable. And then his young son is standing in the kitchen doorway. “Daddy?” he says. Doron swings around and regards him from behind his mask. For an instant, father and son do not, cannot, recognize each other.

This initial glimpse of the hidden Doron sets the tone for the entire 11 episodes of Fauda that follow. This is a series that is less about the conflict between Israel and Hamas than it is about the corrosive effects of that conflict on its ground-level participants, Israeli and Arab. Even its title seems to hint at a deep vein of ambiguity and confusion lying at the heart of the world that the series evokes.

In a number of key respects, Fauda gets the reality of life inside counterterrorism agencies, probably helped by the fact that its creators, Avi Issacharoff, a prominent journalist on the Arab-Israeli beat, and Lior Raz (who also plays Doron), both served in the IDF Duvdevan special operations unit. For if the series has a prevailing theme, it is disguise, deception, and the manner in which operators like Doron and the others lose themselves within their own dissimulations. Daily proximity to the adversary brings an unparalleled level of intimacy, and often, the two sides come to identify with each other in unexpected ways. Members of Doron’s team slip in and out of their identities as Palestinian Arabs, quite literally as easily as they change clothes. When Naor arrives at the wedding in the first episode to provide cover for Doron and Eli, he transforms himself into an Arab before our eyes. His look, his movements, the genuine joy he seems to be feeling at being part of the celebration—he seems to have become what he is pretending to be.

The risk here—for Doron and the others, for cops and intelligence officers, even for terrorists—is that such sustained intimacy becomes normal. The job and the adversary become more real, more meaningful, than husbands, wives, children, lovers. Doron’s connection to his family, not particularly strong to begin with, is severed when he returns to the team. Eventually, he slips the bonds of his identity altogether and ends up living rough on the streets of Ramallah. Abu Ahmad has lived in hiding for years and genuinely yearns for his wife, Nasrin, and for his children. But he does not hesitate to go ahead with an IED attack on Doron’s team, even though he knows full well that his own small daughter may die horribly in the process.

There is a lot of touching in this series, even allowing for the physicality of Israelis and Arabs. The team members caress each other like lovers; Doron embarks on a tortured sexual relationship with a Palestinian target. Most of the intimacies we see are illicit, reflecting the attraction to the adversary that permeates the storyline. Real couples—such as Doron and Gali—confront each other across an emotional abyss. When Doron demands to know why Gali is having an affair with Naor, Gali replies, “ . . . because he loves me; because you didn’t fight for me.” Doron, it seems, fought for everything but what he was supposed to be fighting for. In fact, the only character who truly seems to understand what is worth preserving is Nasrin, who, despite her devotion to her husband and his cause, ultimately cuts a deal with Gabi Ayub and takes her children to safety in Germany.

Despite the frenetic opening sequence and the ticking bomb storyline, Fauda defies convention by being surprisingly quiet, even meandering. As the narrative unfolds, there is an appropriately Middle Eastern quality to the passage of time, a willingness to explore curious byways suggested by plot and psychology. An extended sequence in which Abu Ahmad and his lieutenant quietly interview a
prospective suicide bomber is a revealing study in terrorist motivations. It is also in these moments that we see how dependent the technologized world of intelligence and covert operations is on basic human relationships. While Moreno calculates decisions based on a constant stream of data from the drones circling Ramallah, old-school Gabi Ayub prefers to drink coffee with Abu Maher, his counterpart in Palestinian Preventive Security. They trade reflections on the nightmare in which they both find themselves entangled. Both are palpably exhausted, played out, but there’s no escape. “I sat in your prisons for 17 years,” says Abu Maher. “I am not afraid of you.”

Fauda isn’t perfect, of course. It’s a TV series, and, whatever its intentions, it has to seduce the audience and keep it hooked. There’s plenty of action, but most of it is telegraphed—you usually know when there is going to be a gunfight or a “jump scare.” Some of the characters—Doron, Abu Ahmad, Nasrin—are carefully drawn, but many of the others are almost cartoonishly one-dimensional. Nurit, the sole female member of the team, seems to serve primarily as eye candy and, predictably, is sleeping with Moreno. And however gritty and realistic it may seem, Fauda takes liberties with the reality of enforcement and intelligence operations. A major plot point turns on a member of the team who is sent back across the Green Line days after his girlfriend is killed in a Tel Aviv nightclub bombing. This would never happen, even in the high-stakes world of Israeli counterterrorism—not only would he be far too traumatized to function effectively, he would be an active liability, putting the rest of the team at risk.

But these are relatively minor complaints. Fauda and its creators do an excellent job of defining conflict in terms of what happens to and between people who have been thrust into impossible situations. It also captures, often quite subtly, the deep ambivalence felt by those who are caught up in that conflict when they realize the human toll. In a moment recalling Pontecorvo’s The Battle of Algiers, a suicide bomber looks at the people she is about to murder and her eyes fill with . . . something: pity, fear, perhaps a fundamental recognition of shared humanity. Moreno’s team looks on as a Palestinian hostage is tortured, their faces a study in horror and sorrow.

In the world of Fauda, counterterrorism is not glamorous, or romantic, or even particularly exciting. It is more like a form of psychosis (or at least counter-psychosis), ultimately destructive for all who are touched by it. Two thousand years ago, Tacitus warned us about making a wilderness and calling it peace. It seems that this applies just as much to the mental and emotional toll of conflict as it does to the physical. Having binged on the first 12 episodes, I look forward to seeing how much further into the wilderness Fauda will take us in its next season. 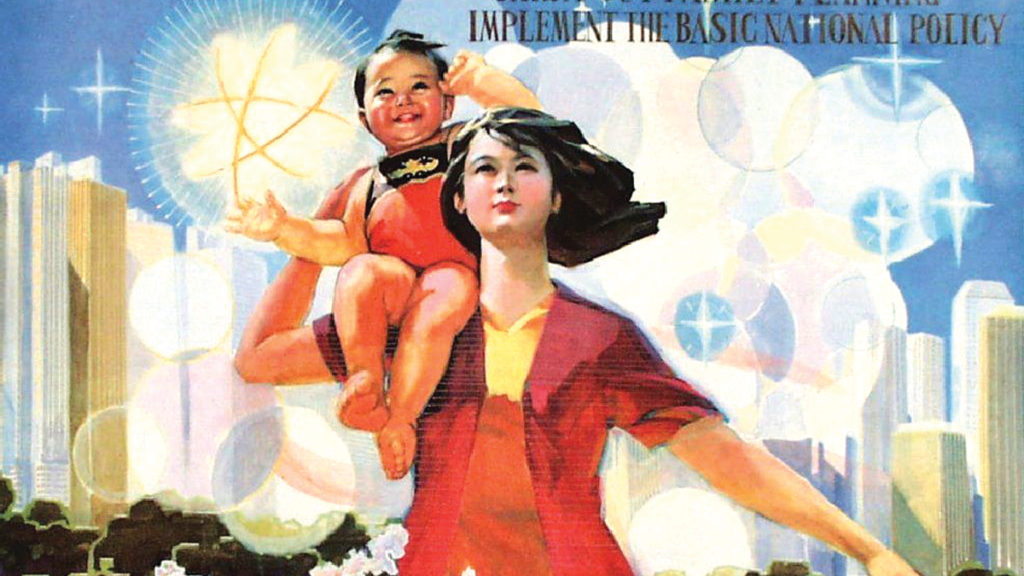 Please remember, contestants, to phrase your answer in the form of a question.                —Alex Trebek, host of Jeopardy!™ I believe with a perfect faith in the coming of the messiah, though he may tarry. —Late medieval reformulation of Maimonides’ 12th Principle of Faith, Commentary to the Mishna, Sanhedrin, Perek Helek. In the days of the Messiah, each individual will…

Isaiah Berlin's influential liberalism is partly explained by his Zionism.