Jews and the American Religious Landscape

Not too many years ago, I took a secular Israeli on a tour of my synagogue. As we were walking around the building and I was explaining things, he suddenly exclaimed, “So this is how they do it!” A second-generation Israeli and an expert on factory management and computer technology, he had apparently never been in a synagogue before. He then asked, “Well, who pays for all of this?” “The members,” I said. “They pay dues and give donations.” “They do?” He shook his head in utter disbelief. “You have to be kidding!”

My visitor’s amazement at the way we do things in the United States didn’t really surprise me. He had, after all, very few sources of information at home on which he could draw. While the number of Israeli Jews is now roughly equal to that of American Jews, we continue to write vastly more about the them than they write about us. The majority of the small contingent of Israelis who have published books dealing with American Jewry are journalists like Matti Golan (whose With Friends Like You: What Israelis Really Think about American Jews appeared in 1992) or politicians like Yossi Beilin (whose His Brother’s Keeper: Israel and Diaspora Jewry in the Twenty-first Century came out in 2000). Moreover, in comparison with the endless flood of works on Israel produced by American Jewish academics, Israeli scholarship on American Jewry amounts to little more than a trickle.

Uzi Rebhun, who holds the Shlomo Argov Chair in Israel-Diaspora Relations at the Avraham Harman Institute of Contemporary Jewry at the Hebrew University, is a notable exception to this rule. He is also one of the foremost students of the fascinating subculture of Israeli American Jews. In Jews and the American Religious Landscape, he continues to broaden his scope of study, building in part on his previous work on intermarriage in American Jewish life, to study American Jewry in the context of American religion. In doing so, he relies primarily on the 2007 Pew Religious Landscape Survey for the national background and turns to the 2013 Pew study of American Jews for his more detailed analysis.

The American religious landscape that Rebhun sketches is marked by virtually boundless freedom and pluralism, as well as increasing fragmentation, due to the growth of “self-searching and religiosity by choice.” Contemporary America has become a place where “the religious majority is more intensely committed to its creed,” but also one in which, for many, religion is a more private, even idiosyncratic affair. For unprecedentedly large numbers of others, it is a matter of no importance whatsoever.

In part because he is ready to describe self-identified “partial Jews” as bona fide Jews, Rebhun can speak of American Jews’ “demographic stability.” By counting large numbers of people of mixed ancestry and little Jewish commitment, he can add up to a million people to the Pew report’s calculation of 5.7 million Jews in the United States. He can also take in stride the fact that the demographic stability to which he points “is overshadowed by an increase in the American population at large,” which has reduced the Jews from a high of 3.7 percent of the U.S. population in 1937 to the present 2 percent. He believes, at any rate, for reasons that he does not make clear, that “this trend seems to have reached a plateau.”

Rebhun’s review of the socioeconomic data accurately traces the unusual profile of American Jews, highlighting such well-known facts as the educational gap between Jews and others. By 2007, it had widened so far that “57 percent of Jews aged twenty-five years old and over held academic degrees as against only slightly over one-fourth of their American counterparts at large.” This has contributed to Jews having the highest income of any American religious group. But, he notes, “Even when education levels are similar, Jews out-earn non-Jews.” While there are no surprises here, it is nonetheless puzzling to encounter Rebhun’s speculation that “the Jews’ faster upward mobility is solidifying their concentration on the high rungs of the social ladder and, in turn, may abet a degree of separatism.” What might lead him to think that this is at all likely to happen is anyone’s guess, but it seems pretty improbable to me. The majority of American Jews seem entirely comfortable with both their place and their non-Jewish peers on the social ladder.

Rebhun’s analysis of the all-too-familiar Pew data concerning the rise in interfaith marriage reflects his “big tent” definition of Jewishness. If partial Jews count as much as anyone else, intermarriage can scarcely be regarded as a loss, unless it leads to children of mixed parentage being raised in a faith other than Judaism. While this happens 45 percent of the time, “the tendency of intermarried couples to define their children as Jews,” however little Jewish education they may give them, “has increased to somewhere between one-third and one-half.” The loss to the Jewish population, if there is any at all, is therefore quite small, according to Rebhun. In fact, the new propensity of the younger children of intermarriage to profess a Jewish identity holds out the prospect of future demographic growth. The more intermarriages, the more Jews, as long as a majority of the resulting children consider themselves to be Jews (as now seems to be the case with 59 percent of the adult offspring under 30 years old of such unions). This analysis of the available data would perhaps be less encouraging if Rebhun had taken note of the evidence concerning the grandchildren of the intermarried, only some 5 percent of whom identify as Jews, though he still might have been able to argue that the attitudes of the under-30s foretell an improvement there as well.

Following his treatment of intermarriage, Rebhun turns to the question of “religious identification.” Here, for the first time, his discussion becomes forbiddingly methodological and mathematical, and most non-specialist readers will no doubt, like me, race ahead to find the upshot of his investigation. It’s far from counter-intuitive: When we measure Jews’ religious identification, we see that they “obtain lower scores that, by and large, rank them second from the bottom only to the unaffiliated.” The basic explanation for this low ranking lies in their “low marriage rate, preference of suburban lifestyle, and high economic stratification,” all factors that “deter religious beliefs and practices.” Rebhun warns us, however, not to misconstrue these facts, for in the final analysis, “in terms of the strength of their relations with religious identification, Jews are much closer to mainline Protestants than to the unaffiliated.” From the vantage point of a clergyman in Philadelphia whose synagogue’s origins are not far from the Main Line, I find this less than reassuring.

Rebhun’s chapter on the political orientation of American Jews contains a very useful summary of the alternate explanations for the consistently liberal voting pattern of American Jewry, as well as an insightful treatment of the deviations from it, particularly in recent years and especially among the Orthodox. His rather sparse discussion of the State of Israel in this context and, indeed, the infrequent mention of it in the main body of the book clearly reflect not his priorities but his methodology. In a volume devoted to the analysis of “a specific population from a comparative point of view,” he explains in an essay-length footnote, it is necessary to focus on “religious and ethnic patterns that are relevant to all groups under investigation.” But, having said that, Rebhun proceeds with a concise summary of the recent state of research with regard to American Jews’ attachment to Israel. He concludes the footnote with a surprisingly optimistic assessment of the impact of Israeli immigration to the United States. Constituting, he estimates, some 5 percent of the American Jewish population, they remain intimately attached to their country of origin, continue—for the most part—to speak Hebrew at home, and “have begun to establish organizations and institutionalize their activities, which center on care for and activities on behalf of Israel.” As Israeli immigration continues, Rebhun suggests, and as these organizations grow stronger and, perhaps, collaborate more closely with local Jewish organizations, “American Jews’ ties to Israel may gather strength as well.”

I’ve met too many second- and third-generation Israeli Americans whose connections to Israel are weak and whose knowledge of Hebrew is close to nugatory to share fully in Rebhun’s optimism on this score. Nor am I prepared, on the basis of my long experience as a congregational rabbi and my even longer study of American Jewish history, to take much solace from his overall presentation of the current state of affairs, which stresses continuity over dilution and decline. But rather than conclude this review of Jews and the American Religious Landscape with a more pessimistic survey of my own, I would like to highlight one of the book’s virtues. Rebhun’s suggestive study points to the need for a fuller account of American Judaism in the context of American religion. To the extent that Judaism in America is merely an extension of American Jewish ethnicity, the lack of American Jewish religious studies is understandable. But there has long been a deeply American Jewish spirituality among Jews in the United States. The religiosity of the whole spectrum of American Jews from “spiritual, not religious” to “renewal” to mainstream denominational to ultra-Orthodox is decidedly American in ways that scholars of American religion and Judaism in America have only begun to explore. There is need for much further work on the terrain that Rebhun has mapped out.

It Is Either Serious or It Isn’t

A poem by Chana Bloch is like a stone thrown deep into the well of experience. 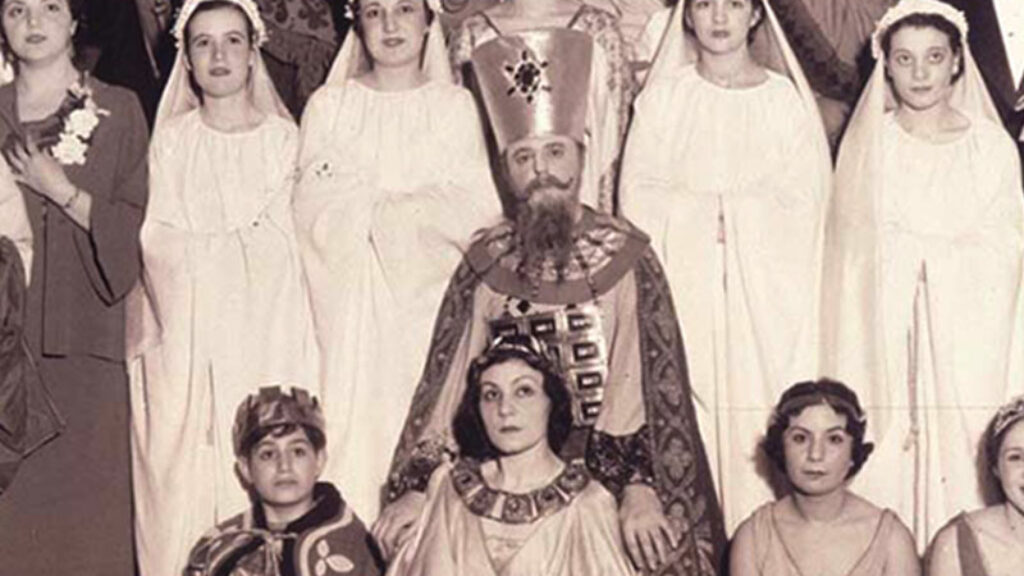 Stuart Halpern’s anthology Esther in America tells the story of the surprising uses to which the story of Purim has been put in American history by every-one from crypto-Jews and Cotton Mather to Sojourner Truth and the organizers of the Queen Esther Beauty Contest.