The history of architecture has its origins in religious structures. Temples and places of worship were among the first great buildings. In contrast, modern architecture has tended to focus on minimal dwellings and innovations of form. Meanwhile, today’s working architects are often occupied with the design of pre-fabricated dwellings. The sukkah, a sacred space that is nonetheless minimal, temporary, and often built from a kit, would seem a natural subject for serious architectural thought. But that has rarely been the case. So Joshua Foer and Roger Bennett’s idea to create an architectural competition that challenged designers to create sukkot was a bold and brilliant move that makes the belated introduction between the two.

The project, which was underwritten by Project Reboot, an organization dedicated to exploring and reinvigorating Jewish ritual, is called “Sukkah City” and was announced this spring. The designs of twelve finalists were chosen in August, by an extraordinary panel of architects, graphic designers, and critics, including Thom Mayne of Morphosis Architects, and Maira Kalman and Paul Goldberger of The New York Times. The sukkot were displayed in Union Square before the holiday.

The competition poster—itself an elegant piece of design work—offered thirty-two traditional rabbinic rules, or halakhot, for building the sukkah, from its minimal dimensions requirements (in terms of amot or handbreadths) to materials and more intriguing possibilities for where a sukkah can be built (on the back of a camel, for example, or on a boat). The thirty-third rule was from the New York City building code, which stipulates that any building larger than 8’ x 19’ is not considered temporary, regardless of rabbinic tradition, which envisions sukkot of any size.

The poster gave a hint of the ritual logic and metaphysics of the holiday: “the sukkah must have a roof made of skhakh: the leaves and/or branches of a tree or plant; at night one must be able to see the stars from within the sukkah, through the roof,” but did not elaborate much beyond such cryptic formulations. The architects were told that “the sukkah exists as an ancient archetype . . . recalling the homeless exodus through the desert and festival of harvest and homecoming: a place to eat, sleep, study, think, feel and be,” and that “the sukkah exists as a parametric network of design constraints and possibilities: of musts and mays and maybes,” and little else.

The field for such a competition is comprised of the kind of elite architects who might compete in the MoMA-P.S.1 Young Architects Program competition, where entrants are challenged to create an experimental and temporary structure for the museum’s courtyard for the summer. Few of the sukkah-designers seem to have had a deep knowledge of the holiday or its vernacular architecture, beyond what was conveyed on the poster. Bennett and Foer seem to have intended this, challenging the Jewish community to think about what a sukkah might be as much as they were challenging the designers to think through the possibilities of these “radically temporary structures.” That description is the real hook for the design culture, which is uncomfortable around the language and emotions of religion but charmed by the impermanent and ephemeral.

The first biblical description of the sukkah is brief:

Live in sukkot for seven days, so your descendants will remember that I [the Lord] had the Israelites live in wilderness shelters when I brought them out of Egypt (Leviticus 23: 42-43).

The Rabbis of the Talmud debate whether Scripture’s sukkah is a physical entity or a metaphor for God’s protective Clouds of Glory, but the structure we know of today takes on its built form in Rabbinic literature. In its classic dialectical style, the Talmud debates the sukkah’s minimum requirements in terms of both surface and measurement. But it also engages in thought-experiments: Must a sukkah be stationary? Can the wall of an existing building count as one of its three required walls? What about an animal, say an elephant? Can it have two stories? And so on. Foer describes this as “the oldest ongoing conversation about architecture in the world.” From the first discussions in the Talmud to the fiberglass panels in a suburban backyard, the sukkah’s form has evolved over time. But Foer is engaging in a bit of hyperbole here. Truly imaginative design discussion seems to have stopped with the Talmud. Most Jews observing this ritual today resort to the familiar metal pole frame and canvas walls, or prefabricated panels. This is often topped off with some kind of manufactured bamboo mat. Unlike our rabbinic forebears, we have ceased to explore the sukkah’s potential form, which is precisely what makes Sukkah City such an intriguing project.

Architects do not always take their clients’ dictates as seriously as they do those of their own imagination, and at first glance some of the designs appear less than kosher. However, Foer and Bennett engaged Dani Passow, an advanced rabbinical student at Yeshivat Chovevei Torah as well as a Cooper Union-trained engineer, as a halakhic consultant. Passow serves as the expert on the sukkah’s peculiar building codes, researching the rabbinic responsa literature while helping the architects to tweak their designs so that they conform to halakha. In recent weeks, his entire yeshiva has become engrossed in the process, provoked into a return to the kind of creative architectural thinking presented in the discussions of the Talmud.

Foer and Bennett’s insistence that each design abide by halakha makes Sukkah City a uniquely Jewish project and not just an architectural competition with a yarmulke. The simultaneous demand for sophistication on the halakhic end and the design end is true hiddur mitzvah, “glorification of the mitzvah.” The project brings not just cool and cachet but real depth and inquiry to the ancient practice of sukkah-building, in such a modern and public forum.

The best of Sukkah City’s designs achieve the shock of the familiar: the halakha dressed in new clothes but still halakhic. The orb-like form of a “Star Cocoon” by Volkan Alkanoglu emphasizes the mandate that the sukkah’s skhakh not obstruct a view of the stars. Its complex skin, composed of primary and secondary frames of bamboo with an exterior covering of rattan, makes a creative attempt at layering wall and roof elements. Its curvilinear shape also does not privilege any particular positioning; there are many ways to orient this sukkah and still be underneath its skhakh. The designer’s entry rendering (not shown) demonstrates how it may offer shade from the sun during the day, while in the night it can be more open to a view of the stars.

One entry entitled “The Gathering” by Dale Suttle, So Sugita, and Ginna Nguyen has the energy and form of a windswept structure, offering intimate enclosure in the middle of a busy urban space. Its design also recalls the themes of harvest and gathering associated with the holiday.

“Sukkah of the Signs” by Virginia San Fratello and Ronald Rael, a particularly poignant design that is more political statement than architecture, shows a dwelling made of the petitionary cardboard signs often held by homeless people seeking food or money. This design provokes the viewer by recalling the customary hospitality connected with the sukkah. It is the only design to address its context directly: Union Square may now be a neighborhood of upscale residences and retail venues, but it was home to the homeless and addicts in the late ‘70s and ‘80s. The design recalls the cardboard box, New York’s classic temporary shelter, and is a sad reminder of the temporary dwellings and dwellers who are not a short-term installation in Union Square but a permanent fixture of the city. The winning design, a grassy spherical dwelling called “Fractured Bubble” by Henry Grosman and Babak Bryan, blurs the distinction between floor and roof (but still keeps them officially separate) and considers whether rectilinear geometry is necessary for a kosher sukkah.

The competition entries are visually impressive, and the most successful grasp and highlight some important aspect of the holiday. Others fail to understand that the sukkah, like all other aspects of Jewish observance, is not so much about the “laws” but about their lived interpretation. The halakhot were presented to the registrants as any other constraint in a construction project. But, to take just one instance, the Talmud’s minimum requirement of “two walls and part of a third” is to be taken more than just literally. It is actually a consideration of what offers shelter, a visceral sense of comfort and protection, to the individual. Rabbi Schneur Zalman of Liadi, the first Lubavitcher Rebbe, compares this to the Song of Songs description of a hug: “His left arm lay under my head and His right arm embraces me” (8:3).

Though clearly designed as temporary structures, some of the designs are almost too simplistic and spare. Others are so outlandish in their posturing forms that they read as extroverted gestures rather than introverted dwellings. The action of the sukkah is on the inside. Such designs lack Schneur Zalman’s sense of embrace, as well as the humility encoded in the rabbinic concept of a temporary dwelling. A pile of spiked ringed structures may meet the legal requirements, but its imbalanced and aggressive form defeats the spirit of the sukkah.

For the architect, enamored of themes like deconstruction, rupture, and disjunction, the ideas of temporality and transience are alluring because they relate to our fragmented cultural moment. But the sukkah dweller, sitting beneath the skhakh, contemplates how, for only a few days, we are displaced from our homes and rooted in the ground, enclosed from around but open to the infinite expanse of the sky. This is not a fractured experience but an ennobling one. In the chill of early autumn, often huddled in our coats eating dinner beneath the night sky, a deep sense of peace and enclosure sets in that is almost impossible to articulate. Inhabiting the sukkah animates it more than any gesture of design can. Nonetheless, the best designs in Sukkah City return us to just this sense of fragility, intimacy, and awe.

Two new books, different in tone but matched in caliber, show Israelis making their way as best they can in America and in life.

History, Memory, and the Fallen Jew

Yosef Hayim Yerushalmi predicted a day when the historian would give his task over to the poet. A retrospective look at his writings show his own struggle between the claims of academic history and Jewish memory. 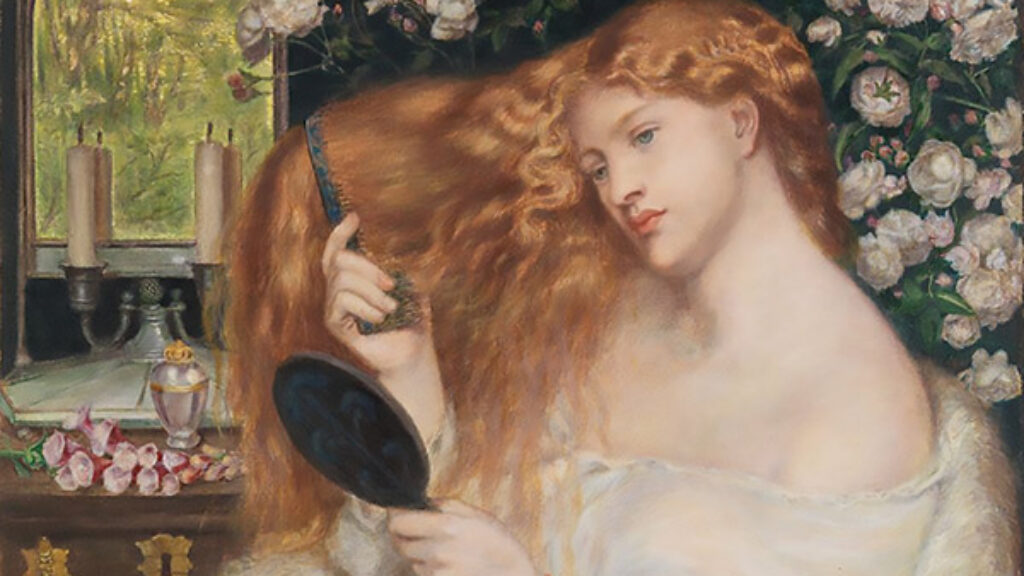 Lilith and the Knight